Texas cancels more than half of $1.1 billion on coronavirus supplies due to defects 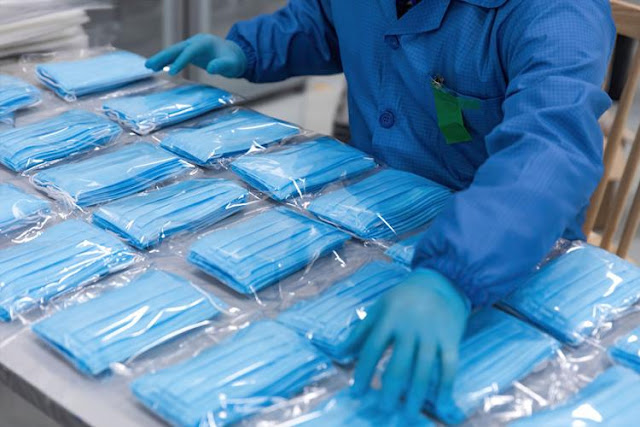 Since March, the Texas Division of Emergency Management (TDEM) has ordered more than $1.1 billion worth of medical supplies, but has cancelled more than half of the orders due to products never arriving or arriving damaged or defective, a spokesman told the Dallas Morning News. Doing so hasn’t left taxpayers in the lurch because of quality control processes in place.

The state has spent millions of dollars in no-bid contracts with vendors that have never before done business with the state, according to payment records published on the Texas Comptroller’s website. The state has expanded its work with new companies in order to meet the demand for personal protective equipment (PPE) being used by first responders and medical professionals to treat coronavirus victims.

“In order to meet the need and to continue preparation for responding to COVID-19 moving forward, diversifying vendors was and still is a necessity, as no one vendor has been able to meet our increased demand for product,” TDEM spokesman Seth Christensen said in a statement to the Dallas Morning News.

Even though TDEM ordered $1.1 billion worth of coronavirus-related supplies, it has spent less than half of that amount because it doesn’t pay vendors until after the products and supplies arrive and are inspected for quality.

The Texas model has saved taxpayers and the state money, in contrast to California. In one case, California Gov. Gavin Newsom came under fire for entering a $1 billion contract with the Chinese electric vehicle and battery company BYD, paying it $495 million up front for masks that were faulty and or not in compliance with federal guidelines. Warren Buffett’s Berkshire Hathaway purchased a 24.8 percent stake in BYD in 2008.

Legislators and the media criticized Newsom for his lack of transparency over the deal. Assembly Budget Committee Phil Ting, D-San Francisco, said in April, “We don’t have any information as to how many masks we’re buying, who we’re buying them from, at what price … What are we obligated? For how long are we obligated?”

Since then, BYD missed two deadlines to obtain federal safety certification, forcing it to refund nearly $250 million to California. Newsom had promised the state would be receiving 200 million masks per month from BYD, which has yet to materialize. California extended the deadline twice, even after BYD missed a May 31 deadline.

Last month, Texas rejected more than 200,000 facemasks it ordered from a vendor because the masks were not compliant with federal standards. The vendor, South Carolina-based InFocus Healthcare Consultants, filed a lawsuit alleging that its Illinois-based supplier delivered the faulty masks to TDEM. But unlike California, Texas was not out any money because it had not paid anything up front for the order.

According to the TDEM, the agency has spent $200 million on personal protective equipment already used by health care workers and first responders statewide. It has also paid 106 purchase orders for PPE since March.