Republicans ask Trump not to reduce US troops in Germany 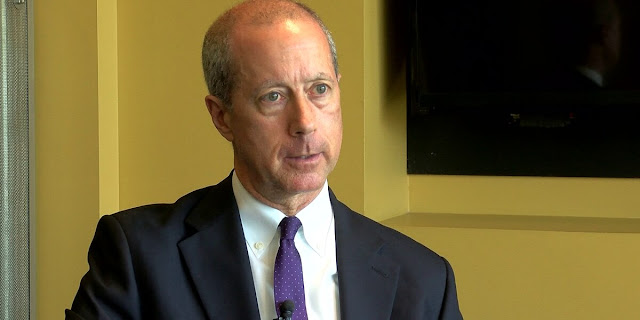 Twenty-two Republican members of the House Armed Services Committee are calling on President Trump not to reduce the number of U.S. troops in Germany.

In a letter to Trump on Tuesday, committee ranking member Rep. Mac Thornberry (R-Texas) and 21 other committee Republicans said they are “very concerned” about reports that the president has approved withdrawing about 9,500 troops from Germany, as well as capping the number of troops there at any one time to 25,000.

“We believe that such steps would significantly damage U.S. national security as well as strengthen the position of Russia to our detriment,” the Republicans wrote.

Right now, there are about 35,000 U.S. troops in Germany, where the headquarters for the U.S. European and Africa commands is located, and the number can be as high as 52,000. The presence is seen by the foreign policy establishment as integral to U.S. interests in Europe, such as countering Russia.

The Wall Street Journal first reported Friday that national security adviser Robert O’Brien signed a directive ordering the drawdown. A U.S. official told the Journal the move has been in the works since September and is not tied to German Chancellor Angela Merkel declining Trump’s invitation to attend a G-7 summit in the United States later this year.

Trump has long pushed NATO members to contribute more to their own defense and has repeatedly taken special aim at Merkel and Germany, which is not on track to meet NATO’s goal of spending 2 percent of gross domestic product (GDP) on defense by 2024.

“We strongly believe that NATO allies, such as Germany, should do more to contribute to our joint defense efforts,” the Republicans wrote in their letter to Trump on Tuesday. “At the same time, we also know that the forward stationing of American troops since the end of World War II has helped to prevent another world war and, most importantly, has helped make America safer.”

The letter was signed by prominent defense hawks such as Rep. Liz Cheney (R-Wyo.), who over the weekend tweeted that a drawdown in Germany would be “dangerously misguided policy.”

“Withdrawing our forces and abandoning our allies would have grave consequences, emboldening our adversaries and making war more — not less — likely,” Cheney added in a statement Tuesday about the letter.

In the letter, the Republicans argued that signs of a weakened U.S. commitment to NATO could “encourage further Russian aggression and opportunism.”

They also said the cap on the number of troops would limit the ability to train U.S. forces and present logistical challenges if troops need to pass through Germany to deploy around the world.

“Over 75 years of investments and of sacrifices have led to NATO being the most successful alliance in history. But its work is not done,” they wrote. “While we should continue to work to improve NATO and to spread its costs more equitably, we believe that our continued strong involvement in the alliance is fundamental to our nation's security and integral to protecting our people.”