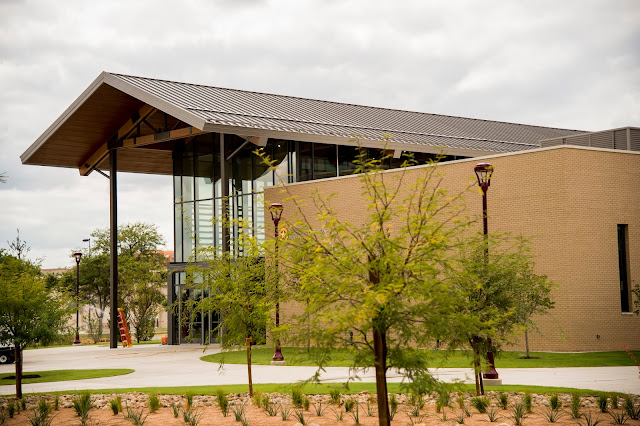 The new Center for Advancing Food Animal Production in the Panhandle (CAFAP) was made possible by the allocation of $4 million for a two-year period by the 86th Legislature and Gov. Greg Abbott. Of that, $2 million was designated for WT’s Paul Engler College of Agriculture and Natural Sciences (PECANS), and an additional $2 million was set aside for Texas A&M College of Veterinary Medicine’s Veterinary Education, Research and Outreach (VERO). The major funding initiative also includes monies for seven new faculty members, 10 graduate student assistants and six support staff positions.

Texas A&M University System Chancellor John Sharp has committed more than $6 million to support the hiring of faculty, and The Texas A&M University System has committed more than $20 million from the Permanent University Fund to complete the construction of the VERO facilities that will support the Center and the 2+2 CVM program. CAFAP and VERO will be joined by the Texas Veterinary Medical Diagnostic Lab’s (TVMDL) new $24 million building which is currently under construction and almost complete, in WT’s growing Agricultural Sciences Complex.

The state and TAMUS funding are in addition to more than $10 million in donations from the private sector, for a total public/private investment of nearly $120 million to date.

“The Panhandle and its beef production industry are vital to our state’s economy,” Chancellor Sharp said. “Our investment in the Panhandle reflects our commitment to taking care of the people who feed us.”

These investments all mark a significant partnership to benefit WT and the Panhandle, University President Dr. Walter Wendler said.

“There are many jewels in the Texas Panhandle including those in higher education. Among them is the West Texas A&M University’s Center for Advancing Food Animal Production,” said Rep. Four Price (R-Amarillo). “I am pleased that the Texas Legislature recognized the need to financially support the development of this world-class center through significant state support. This investment is and will continue to reap many dividends — among them are advancements in agricultural education and enhanced research in food production to the benefit of our ranchers and processors and ultimately and primarily for the benefit of the American consumer.”

“We want to prepare our graduates for a range of food animal industry careers, from live animal production to retail,” said PECANS Dean Dr. Kevin Pond. “We’ll also be training veterinary students to serve our Panhandle and West Texas communities and the region’s livestock.”

This geographically responsive campus of personnel and facilities will be a model for the nation in addressing large animal production issues, Pond said. CAFAP will become a complementary environment where education, research and outreach, from pre-birth to harvesting, occurs at one site — providing a model that can be used across the state, he said.

“The funding recognizes that WT is a key component in a geographic area that includes the largest fed cattle production region in the world, fourth largest milk producing region in the nation, and largest pork production area in Texas,” said Josh Winegarner, TCFA Director of Industry Affairs.

Eleven graduate student assistants have been hired in animal science and plant science, and a 12th is being recruited. Additionally, four new undergraduate students are working in the agriculture department and VERO.

VERO officials also are in the process of staffing the 2+2 veterinarian training program with clinical veterinary professors, a research scientist, contract veterinarians, student workers and more. The 2+2 program will allow Texas A&M veterinary students to elect to spend their first two years on WT’s campus for increased exposure to large animal needs in rural communities.

The founding of the center and aggressive expansion of agricultural education is in line with efforts to reach local and regional industry needs as a first priority in “WT125: From the Panhandle to the World,” the University’s generational plan.

In coming years, University officials estimate that 20 new undergraduates and up to 65 new graduate students will enroll in agriculture programs.