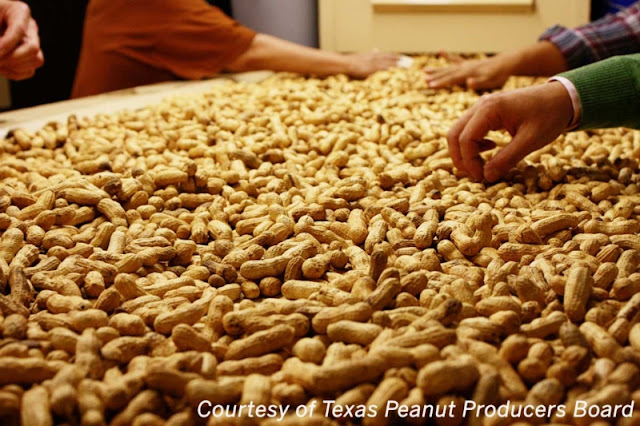 By Jennifer Dorsett
Peanut butter, a common American food, has seen sales increase since the start of the COVID-19 pandemic.
Manufacturers say they can barely keep up with demand for the nutty spread. In March, U.S. peanut butter sales were 75 percent higher than the same time one year ago as people frantically stocked pantries with shelf-stable goods.
“Kids are home and out of school, and they’re eating a lot more meals at home, and peanut butter is something kids love,” Patrick Archer, CEO of the American Peanut Council , said in an interview with Agri-Pulse. “Our industry has been making peanut butter as fast as possible. All of our companies are running at full capacity to meet all of the demand.”
After March’s unprecedented demand, April saw a smaller but still-impressive 20 percent rise over April 2019.
U.S. Department of Agriculture (USDA) data show commercial processors used 124 million pounds of peanuts for peanut butter in April 2020.
Economists say peanut butter sales usually rise in times of economic turmoil as families look for affordable protein sources, but the pandemic is an extreme situation. More than 40 million Americans have filed for unemployment in just three months.
“Another big reason for increased peanut butter sales is it’s one of the most popular items at food banks,” Archer said. “It’s high-protein and shelf-stable. It’s unfortunate that increased demand is a result of the current situation. But we’re happy to be part of the solution and to keep America fed.”
Although the peanut industry hasn’t experienced the sudden drops in demand as drastically as other commodities, the pandemic and new social distancing guidelines haven’t gone unnoticed.
On average, Americans consume 4 to 7 million bags of peanuts at baseball parks annually.
Major League Baseball cut back on spring training, and talks are underway to determine when—or if—the season will start, and what that will look like for fans of the game.
The National Peanut Board is developing new promotions to move some of the in-shell peanuts onto grocery store shelves instead, but new ideas bring new complications: samplings at grocery stores to boost interest are not a feasible option right now.
Still, reserves are low, and prices are strong, with peanut farmers projected by USDA to plant 1.5 million acres of peanuts this year.
Exports are also rising, particularly to China.
According to the National Peanut Board, the U.S. is one of the world’s leading peanut exporters, with exports exceeding $675 million annually. Last year, peanut exports were double that of exports as recently as 2012.
U.S. exports to China dipped in 2019 at the height of the trade war and skyrocketing tariffs, but trade has come back recently.
During the first quarter of 2020, China imported $36.2 million worth of peanuts from the U.S. That’s an increase from the $2.3 million in shipments for the first three months of last year, according to USDA data.
That’s a big increase, but Archer stressed it’s not that much from China’s viewpoint, the world’s largest producer and importer.
China produces about 16 million metric tons of peanuts annually, with consumption mainly centered around peanut oil or animal feed.
The U.S., the third-largest producer in the world, grows about 3 million tons each year. Texas is the fourth-largest peanut growing state in the nation.
“A few hundred thousand tons in their market is a small percentage, but a few hundred thousand tons for us — that’s a lot,” Archer said. “It’s all kind of relative.”
Farm and Ranch