Over 1000 COVID-19 lawsuits filed in the past six weeks 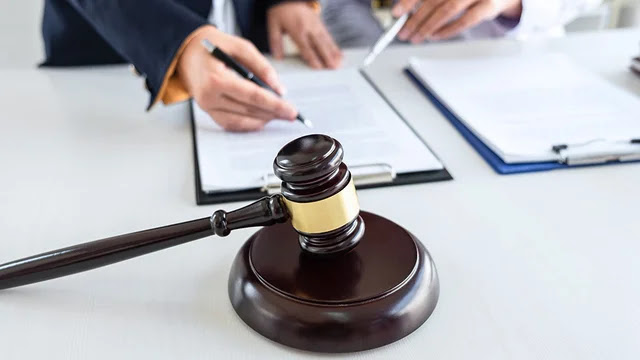 More than a thousand COVID-19 lawsuits have been filed in the past six weeks, prompting business groups to refocus almost all their lobbying efforts on securing liability protections from Congress.

Almost 1,300 coronavirus-related lawsuits have been filed since May 1, according to the law firm Hunton Andrews Kurth LLP. On Friday alone, 23 complaints were filed.

The lawsuits range from a fired nursing home employee who had told her boss she was going to self-quarantine to a negligence suit against Princess Cruise Lines for failing to warn passengers of the risk of COVID-19.

Business groups say those are just the tip of the iceberg, and they are now almost singularly focused on persuading lawmakers to include a liability shield provision in what may be the last coronavirus aid bill of 2020.

“These are still early days, both in terms of the litigation as well as for most of the workforce returning to work. I would consider a number of these cases trial balloons,” National Association of Manufacturers general counsel Linda Kelly said.

“Once a workable litigation model is identified, I would expect these claims to multiply, which is why it is essential that we have protections in place for those who have done the right thing and helped get America back to work,” she added.

More than 2,600 coronavirus-related lawsuits have been filed this year, according to Hunton Andrews Kurth, which has been tracking complaints.

The U.S. Chamber of Commerce, one of the loudest voices in favor of a liability shield, is pressing for relatively quick action. The lobbying group is calling for Congress to pass legislation before July 4.

“If you have a tidal wave of lawsuits ... it’s going to be too late by then. That’s why there has to be a timely effort by Congress to enact something,” Harold Kim, president of the U.S. Chamber Institute for Legal Reform, said.

“It’s really the uncertainty that a lot of businesses are faced with,” he added.

But the Chamber’s preferred timeline isn’t likely to work out in their favor.

Senate Majority Leader Mitch McConnell (R-Ky.) on Tuesday said there won’t be any action on the next coronavirus bill until after the two-week July 4 recess, putting senators back in Washington on July 20.

That’s one reason why the Chamber of Commerce and others are also pushing for retroactive immunity.

“We think that the reach-back period should go to when the outbreak of the virus really started,” Kim said, adding that could stretch back to December.

Backdating liability comes with its own challenges, though.

“How do you practically write legislation that stands up to things that have happened in the past?” asked Matt Haller, senior vice president of government relations and public affairs at the International Franchise Association.

“We represent employers, and I think we’re supportive of the maximum amount of protections, within reason,” he added.

The renewed push for liability protections follows a major win for employers last week when Congress passed legislation to relax some of the restrictions on emergency small-business loans. Advocacy groups for workers and consumers, however, are intent on denying bigger corporations a major victory.

The American Association for Justice, which has been opposing liability protections, noted that of the coronavirus-related lawsuits filed, only a small fraction involved exposure, potential exposure, or fear of exposure.

“There is not a wave of litigation,” Julia Duncan, senior director of government affairs, said. “Immunity proponents want to make policy based on fear — in this case a fear that isn’t based on reality.”

Duncan said she also doesn’t buy the argument that a liability shield will help the economy recover faster.

“As the country reopens, there is no evidence that providing corporations with immunity will make us safer or strengthen the economy,” she said.

Getting any Democrats on board will be a tough sell for business groups.

McConnell, with support from the White House, has insisted that any coronavirus relief legislation that contains aid for state governments must be accompanied by a liability shield for employers.

Speaker Nancy Pelosi (D-Calif.) indicated in May that she is open to negotiations with Senate Republicans on the $3 trillion House-passed aid package, which doesn’t include any provisions or restrictions on potential liability protections.

“The key to getting this across the finish line has always been to be reasonable about it and not to overreach, to focus on limited safe harbor [protections] that don’t shield bad actors,” Kelly said. “That is the only kind of proposal that will be successful and appeal to the moderates if we’re going to be successful.”

Whether Democrats prevent passage of a broad relief package because of a liability shield is yet to be seen.

Duncan isn’t convinced Democrats will back a liability provision.

“We don’t see any evidence that the Democratic leaders are suggesting that immunity should at all be in the mix,” she said.