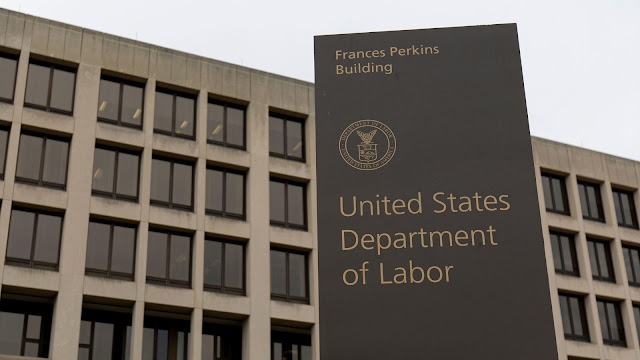 More than 1.5 million Americans filed new claims for unemployment benefits during the first week of June, according to Labor Department data released Thursday.

In the week between May 31 and June 6, the total number of seasonally adjusted initial claims for jobless benefits fell to 1,542,000 from a revised total of 1,897,000 in the final week of May.

Roughly 705,676 Americans also filed new claims for Pandemic Unemployment Assistance (PUA), an extension of jobless benefits to workers who lost their jobs during the pandemic but do not qualify for standard unemployment insurance.

Weekly new claims for unemployment still remain far above historic levels but have dropped steadily from a peak of 6.9 million in April. The new batch of claims also came less than a week after a surprisingly strong May employment report showed the U.S. adding 2.5 million jobs that month, largely due to 2.7 million workers returning from furloughs.

More than 40 million Americans have filed new claims for unemployment benefits since March, and the economy had lost more than 21 million jobs before May's reversal

Even so, nearly 300,000 Americans lost their jobs permanently in May and more than 15 million others who are currently on temporary layoffs are at risk to join them.

The gradual improvement in the labor market is boosting hopes of a quicker than expected recovery.

President Trump, who’s reelection chances may depend largely on the state of the economy, has seized the slight rebound proof of the country’s “transition to greatness” from the coronavirus pandemic.

While experts see some reason for optimism in the new data, they warn that the U.S. is far from a full recovery from the pandemic-driven recession.

“The key thing people need to understand is that there’s just a lot of work to do in the labor market. We’re going to stick with this and support that until the work is done,” Federal Reserve Chairman Jerome Powell said Wednesday, warning of a “long road” to recovery.

“You could see significant job growth in coming months as people return to their jobs, but you’re still going to face, probably, an extended period where it will be difficult for many people to find work,” Powell said.
National