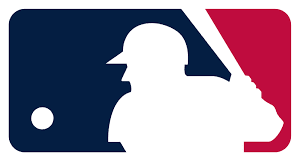 Major League Baseball officials informed its players union on Monday that several players and coaches have tested positive for COVID-19, putting an already uncertain 2020 season further in jeopardy.
“The proliferation of COVID-19 outbreaks around the country over the last week, and the fact that we already know of several 40-man roster players and staff who have tested positive, has increased the risks associated with commencing spring training in the next few weeks," MLB Deputy Commissioner Dan Halem wrote in a letter obtained by USA Today to MLB Players Association attorney Bruce Meyer.
“Your recent letters have all expressed the concern, in one form or another, that players are being 'asked to take on extraordinary burdens and risks in the current environment.' However, the Association’s proposals to play as many games as possible, as deep into the fall as possible, increases the health risks to players and staff, which is not something we are prepared to do," Halem added.
In response, the players union accused the league of using COVID-19 concerns as an excuse to play a shortened regular season in an attempt to save money and pay out prorated salaries based on the number of games played.
"As far as how you have conducted negotiations and without getting into all of your underhanded tactics to circumvent the union, your approach has been one delay tactic after another: You wasted most of April and May on lobbying politicians regarding player concessions and leaking a so-called revenue sharing proposal to the media," Meyer said in a letter also obtained by USA Today.
MLB and its players have several items of concern as the attempt to put together a limited season that could range anywhere from 50 to 75 games starting in July and ending on Sept. 27 with an expanded postseason format.
The league does not want the playoffs to go any longer than late October, citing fears of a second coronavirus wave in November.
On the broadcast side, the New York Post reported Monday that Turner Sports had reached a deal with the league to pay more than $1 billion to air the league's playoffs. Fox Sports holds the rights to the World Series.
Revenue from television is key for MLB since it is uncertain if fans will be permitted to attend games, thereby negating gate revenue.
Several major sports leagues are slated to return next month, including the NBA and NHL, but baseball continues to struggle to come to an agreement.
NASCAR resumed racing in mid-May, while the PGA resumed its schedule last weekend with a tournament in Fort Worth, Texas.
It was reported Monday that several members of the NFL's Dallas Cowboys and Houston Texans tested positive for COVID-19.
National Sports