Military bases have a $123.6 billion impact on Texas economy 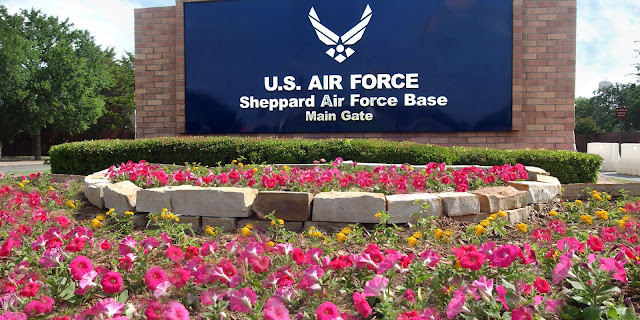 Governor Greg Abbott today announced the results of a study completed by the Texas Comptroller of Public Accounts at the request of the Texas Military Preparedness Commission (TMPC) analyzing the impact on the state’s economy of the various U.S. military installations within Texas. The Comptroller estimates these military installations contributed at least $123.6 billion to the Texas economy in 2019 and supported more than 630,000 jobs in communities across the state.
Sheppard Air Force Base had a $4.6 billion impact on the Wichita Falls area economy.
“Texas is the proud home to 15 military installations and the U.S. Army Futures Command,” said Governor Abbott. “Not only are these military installations critical for the defense of our nation, they support more than 630,000 jobs in communities across this great state and are a key driver of the Texas economy. Now more than ever, these jobs add critical stability for communities focused on economic recovery following the COVID-19 pandemic. That is why I will continue to work with the Texas Legislature and TMPC to ensure that military installations in Texas keep adding unmatched value for our nation.”
“The military installations in Texas are a vital contribution to our strategic national defense and provide a significant economic impact on the entire state economy,” said Texas Comptroller Glenn Hegar. “In most cases these bases and the men and women who work there are the lifeblood of their communities – supporting local businesses, buying homes and creating the fabric of their neighborhoods. But the economic impact can be felt by every Texan and supports jobs in a wide variety of industries and sectors of the state economy. I applaud the Governor’s efforts to ensure continued support for these important installations.”
Estimated Contribution of U.S. Military Installations to the Texas Economy, 2019
Total direct jobs
226,555
Total employment (direct and indirect jobs)
633,892
Economic output
$123,653,980,000
Estimated Contribution of U.S. Military Installations in Texas, 2019
Army Futures Command, Austin
$359,285,000
Corpus Christi Army Depot, Corpus Christi
$1,776,685,000
Dyess Air Force Base, Abilene
$3,836,359,000
Ellington Field, Houston
$470,506,000
Fort Bliss, El Paso
$25,666,292,000
Fort Hood, Killeen
$29,859,518,000
Goodfellow Air Force Base, San Angelo
$4,538,086,000
Joint Base San Antonio, San Antonio
$41,325,690,000
Laughlin Air Force Base, Del Rio
$2,032,980,000
Naval Air Station Corpus Christi, Corpus Christi
$2,795,340,000
Naval Air Station Fort Worth Joint Reserve Base,
$3,793,927,000
Naval Air Station Kingsville, Kingsville
$852,119,000
Red River Army Depot, Texarkana
$1,718,185,000
Sheppard Air Force Base, Wichita Falls
$4,629,008,000
The Comptroller’s study represents an analysis of the economic impact of the population and employees directly affiliated with the military installations in Texas. This includes active duty, visiting and other military personnel, dependents, civilian employees and contractors directly affiliated with the base.
The TMPC within the Office of the Governor advises the Governor and the Legislature on defense and military issues, and on ways to strengthen the position of Texas military installations in preparation for any future Base Realignment and Closure (BRAC). The commission is composed of 13 members serving six-year staggered terms, typically representing an installation in their community.
Texas