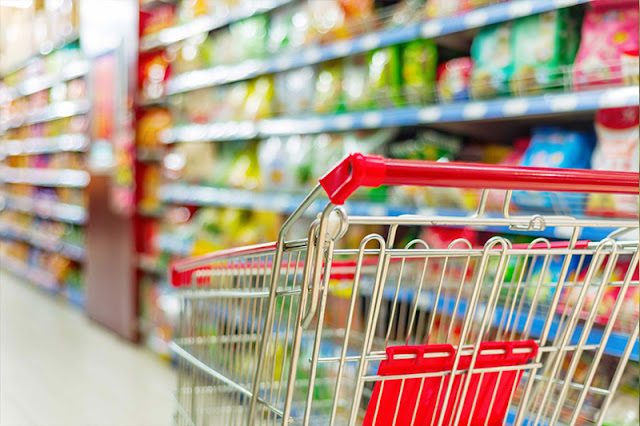 By Jennifer Dorsett
Have food prices seemed higher at the grocery store lately? That’s because they are.
Grocery prices rose 1 percent last month, driven by large increases in meats, fish, poultry and eggs, dairy and fresh produce. This follows a record 2.6 percent jump in April food prices, the largest monthly increase in 46 years.
Beef prices were up 10.8 percent in May, the biggest monthly increase ever, according to the U.S. Bureau of Labor Statistics’ (BLS) monthly Consumer Price Index.
“The food at home index increased 4.8 percent over the last 12 months, with all six major grocery store food group indexes rising over that span,” BLS said in the report. “The index for meats, poultry, fish and eggs rose 10 percent over the last year, its largest 12-month increase since the period ending May 2004. This reflects a sharp increase in the beef index, which rose 18.2 percent over the span. The index for dairy and related products increased 5.7 percent.”
Big changes in food prices first began in March as the coronavirus pandemic caused consumers to engage in “panic buying,” stocking up on a variety of items.
Price spikes for items like eggs and flour have mostly disappeared as consumer demand returned to normal, but foods like meat, dairy and produce are still increasing.
Temporary plant closures and a slowdown in production pushed up retail prices for most meats, ushering in record-high boxed beef cutouts.
At the same time, farmers and ranchers saw prices fall sharply, especially for live cattle and hogs.
Industry experts attribute rising food costs to reduced production, increased demand as people eat at home more often and higher input costs for processors, manufacturers and grocery stores—who will pass those increased costs on to consumers.
“The cost of putting those plexiglass barriers up and the cost of putting those markers down on the floor…we’re going to see this year the highest food prices that we’ve seen in decades,” Phil Lempert, food industry analyst and editor of SupermarketGuru told Fox Business. “We’re going to see double-digit increases, because a lot of these factories have to invest a lot of dollars to reconfigure themselves.”
Farm and Ranch