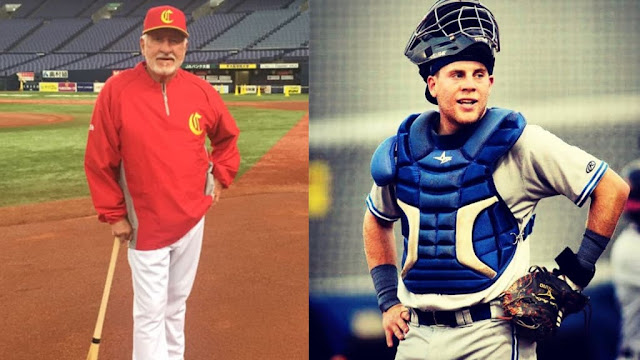 Brett Wellman, son of 2019 Sod Poodles manager Phillip Wellman, and Jimmy Johnson, a former minor league hitting coordinator, have been named the managers of Amarillo’s new summer collegiate wood-bat teams. The 2020 Texas Collegiate League season for the Amarillo Sod Squad and Amarillo Sod Dogs will begin on June 30.
Wellman, 28, will manage the Amarillo Sod Squad. The Texas native played three seasons (2014-16) as a catcher in the Toronto Blue Jays organization. Prior to his professional career, Wellman played two seasons at Shelton State Community College in Tuscaloosa, Alabama before transferring to Auburn University at Montgomery for his junior and senior seasons. In 2017, Wellman served as a minor league coach for Chattanooga.
Johnson, 72, will manage the Amarillo Sod Dogs. The Arizona native is a former infielder with the Houston Astros (1969-76) and spent time in their system as a minor league manager (1977–82; 1984–85) (including the Columbus Astros (1978-1979, 1984) and Tucson Toros (1980–82, 1985), and coordinator of instruction (1983; 1986–93). He then joined the New York Yankees as an instructor and manager, and later worked with the Los Angeles Dodgers and Colorado Rockies as a minor league hitting coordinator. He has also managed additional minor league teams, including the Norwich Navigators in 1995, Greensboro Bats in 1996 and the St. Paul Saints in 2002. He also coached for the China national baseball team at the 2017 World Baseball Classic.
The Sod Squad will open the 2020 season with a three-game series at Hodgetown against the San Antonio Flying Chanclas on Tuesday, June 30.
The Sod Dogs make their home debut on Friday, July 3 when they take on the Round Rock Hairy Men for three games.
Tickets will go on sale beginning Thursday, June 18 at 12 p.m. Prices range from $5 to $12 depending on ticket type and seating location.
Local News Sports