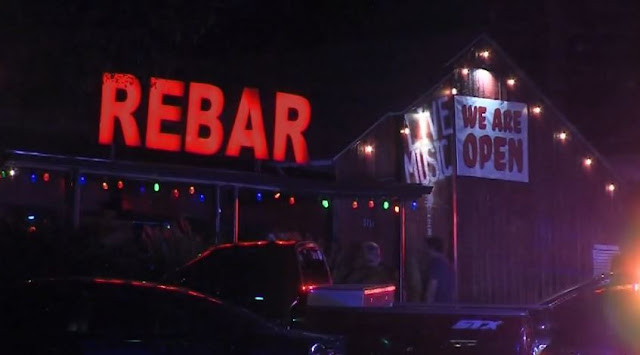 Police say that a man shot and wounded eight people after being denied entry into a San Antonio bar late Friday night.
The suspect in question was with a group of people who were turned away from Rebar, a popular San Antonio bar, for being "inebriated," San Antonio Police Chief William McManus said during an early morning press briefing Saturday.
According to McManus, the suspect became irritated, saying, “Don’t you know who I am? I’m a UFC fighter from California.” He then walked across the street to his car, retrieved a long rifle, walked back across the street and opened fire in the parking lot of the bar, wounding eight people.
McManus said that all eight victims — five women and three men — had transported themselves to area hospitals and were in stable condition. The person in the most serious condition was shot in the back.
Two other people were grazed but refused treatment, McManus said.
The police chief added that authorities were still looking for the shooter but that he didn't think the immediate area surrounding the bar was in any danger.
Texas