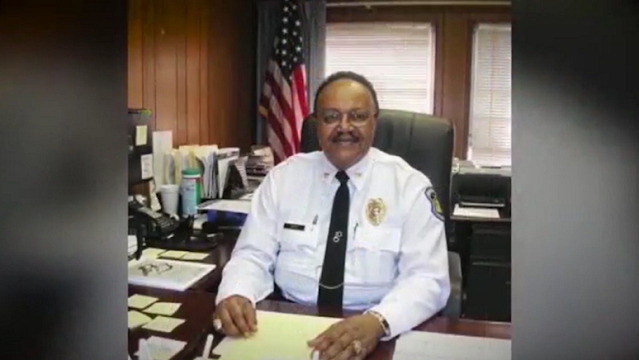 A 24-year-old man has been arrested and charged in connection with the fatal shooting of a retired St. Louis police captain, who died last week while protecting a friend's pawn shop from looters.
Stephen Cannon faces one count of first-degree murder, one count of first-degree burglary, one count of unlawful possession of a firearm and two counts of armed criminal action, the St. Louis Metropolitan Police Department said Sunday. The police said that Cannon is being held without bond.
Jimmie Robinson, 27, was also arrested and charged with first-degree burglary, armed criminal action and stealing in connection the death of the former police captain.
David Dorn, 77, was found dead early on the morning of June 2, after protests in St. Louis in response to the death of George Floyd, a black man who died in police custody, devolved into violence and the destruction of property. St. Louis was one of many cites where unrest escalated as protestors voiced outrage over police brutality and racial injustice.
Dorn was shot multiple times while attempting to protect the Lee Pawn and Jewelry Store from looters, according to reports. Police said in a probable cause statement that Cannon was seen on surveillance footage entering the store with others and stealing some television sets, The St. Louis Dispatch reported.
Cannon reportedly walked toward a street corner with a gun in his hand after Dorn arrived at the store.
“At the time the shots were fired, [Cannon] was the only person standing at that corner,” police said in the probable cause statement, noting that “multiple plumes of smoke” were seen coming from where Cannon was standing and that shell casings were later recovered.
Police also found a stolen television while issuing Cannon's arrest.
“Based upon the diligent work of the police department, collaboration with the Circuit Attorney’s Office, and the cooperation from the outraged community, we have issued charges for the tragic murder of former Captain David Dorn,” the Circuit Attorney’s Office said in a statement.
Dorn retired from the St. Louis police in 2007 following a 38-year career in law enforcement. His death led to an outpouring of tributes in St. Louis. President Trump also commemorated the former police captain in a tweet.
Former St. Louis County police Chief Tim Fitch called Dorn a “true public servant,” adding “none of us who knew you are surprised you went out fighting.”
National