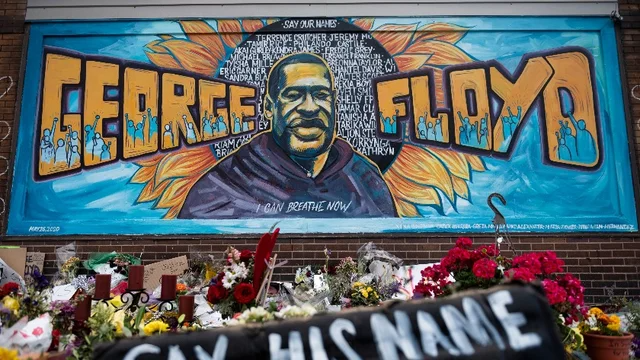 A majority of the Minneapolis City Council vowed on Sunday to disband the local police department and replace the office with what members have said will be a new model of public safety, The New York Times reports.
According to the newspaper, nine of the council’s 13 members made the pledge on Sunday. Members of the council told the paper they plan to work with the local community to develop the new system following the death of George Floyd. The changes decided upon as a result of the process are reportedly expected to be adopted in the coming weeks.
The report comes several days after Lisa Bender, president of the council, and Jeremiah Ellison, council member and son of Minnesota Attorney General Keith Ellison (D), who is also leading the state’s prosecution of the Minneapolis officer charged with Floyd’s death, made similar vows to dismantle the local department on Twitter earlier this week.
“We are going to dismantle the Minneapolis Police Department. And when we’re done, we’re not simply gonna glue it back together. We are going to dramatically rethink how we approach public safety and emergency response. It’s really past due,” Jeremiah Ellison said on Twitter on Thursday.
Bender repeated that vow on Twitter later Thursday and pledged that the council would also replace the office with what she described then as “a transformative new model of public safety.”
The pledge by nine members of the council on Sunday comes two weeks after the death of Floyd, an unarmed black man who died in Minneapolis on May 25 after a white police officer, Derek Chauvin, kneeled on his neck during an arrest.
Chauvin, who was terminated from the Minneapolis Police Department along with three other officers shortly after Floyd’s death, was later arrested and has been charged with second-degree murder after a Hennepin County medical examiner ruled Floyd's death to be homicide.
Footage of the arrest that immediately went viral late last month prompted widespread protests in the nation and across the world in the weeks since, with demonstrators calling for an end to police brutality and racism.
Protesters in Minneapolis in recent weeks have also been going as far as to call on the city’s police department to be to be defunded – a demand that has been leveled against other police departments in the country as demonstrators call for police reform in response to the police killings of African Americans.
While Minneapolis Mayor Jacob Frey (D) called for the arrest of the officer charged with killing Floyd shortly after his death, he has said he does not support “abolishing the entire police department.”
He was booed out of a recent demonstration in Minneapolis after saying just that on Saturday, viral footage shows.
National