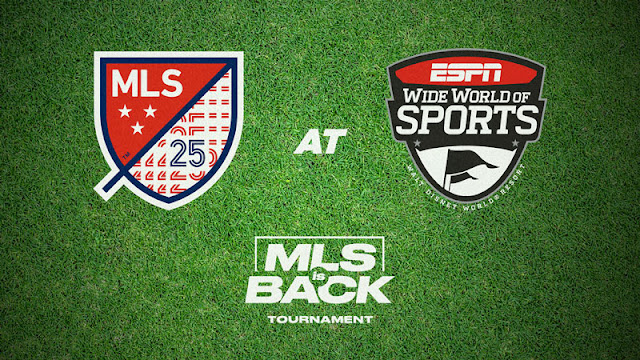 Major League Soccer (MLS) will resume play for the first time in nearly four months with the "MLS is Back Tournament" from the ESPN Wide World of Sports Complex at the Walt Disney World Resort outside of Orlando, Fla. on July 8.

"We are pleased to team up with Disney to relaunch the 2020 MLS season and get back to playing soccer," MLS commissioner Don Garber said Wednesday in a statement. "The opportunity to have all 26 clubs in a controlled environment enables us to help protect the health of our players, coaches and staff as we return to play."

All 26 MLS teams will participate in the competition that resembles the World Cup tournament in terms of format, with the championship game scheduled for Aug. 11.

Teams will begin arriving in Orlando starting on June 24.

NASCAR returned last month, and the PGA is set to return with the Charles Schwab Challenge in Fort Worth, Texas. Each sport's athletes are competing without fans.

Major League Baseball is still at a standstill as owners and the players union continue to disagree over prorated salaries and the length of a shortened season.

The National Football League (NFL) still plans to begin its season shortly after Labor Day in September, with the league stating it tentatively plans on having fans in the stands.