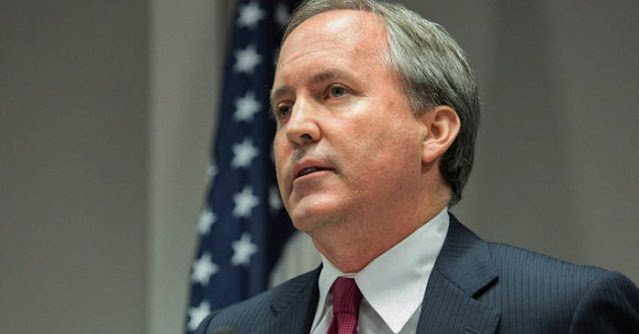 In a recent op-ed, Texas Attorney General Ken Paxton asked the Texas Legislature to give him the power to investigate and, where appropriate, prosecute law enforcement officer’s actions that end in death.
Citing the close relationship between local prosecutors and law enforcement, Paxton argues that giving his office the power to investigate police killings would address apparent or actual conflicts of interest that erode public confidence in law enforcement.
“Placing this limited but vital function in the hands of a statewide elected official will provide the accountability and transparency the public demands,” Paxton wrote. “This will benefit prosecutors, who depend upon law enforcement, as well as the communities they serve by providing a new foundation for public confidence that those who abuse their power will face justice.”
Investigating police misconduct has traditionally been the purview of district attorneys and their public integrity units. This is especially so in Texas’ large metropolitan areas.
High Plains Pundit reached out to the D.A.s in the state’s two largest counties for reactions. Harris County D.A. Kim Ogg’s office did not respond. Dallas County D.A. John Creuzot sent a statement.
“The Dallas County Criminal District Attorney ‘s office has a fully staffed Public Integrity/Civil Rights Division, which investigates and, when appropriate, prosecutes peace officer in-custody deaths, deaths, or injuries caused by peace officers or security guards,” stated Creuzot. “For Dallas County, there is no need for the attorney general to have concurrent jurisdiction.”
Creuzot did indicate that there may be a need for Paxton’s office to investigate and, if necessary, prosecute illegal conduct by a police officer in smaller Texas counties or counties that fail to investigate a credible claim of criminal conduct.
Like Dallas and Harris counties, Travis County has a public integrity unit that investigates police misconduct. Travis County D.A. Margaret Moore told the Austin American-Statesman that she intends to press to retain that power.
“I believe that the elected local prosecutor is the person most accountable to her community for the handling of these cases,” Moore said.
“Our policies and procedures are directly responsive to this community and are in many respects unique to this county,” she said. “My mandate is to see that justice is done, and I am committed to that no matter who is being investigated.”
In Williamson County, where Javier Ambler recently died at the hands of police, District Attorney Shawn Dick told the Statesman he isn’t opposed to a statewide solution on police misconduct cases. He agrees that it is hard to investigate people he works with every day.
Moore’s office is helping with the investigation into Ambler’s death. Counties are able to seek outside assistance, including from Paxton, if they feel they need the help.
Paxton tried five years ago to wrestle the power to investigate police killings away from local prosecutors. He failed.
He can take his request back to state lawmakers when the legislature convenes again in January.
Texas