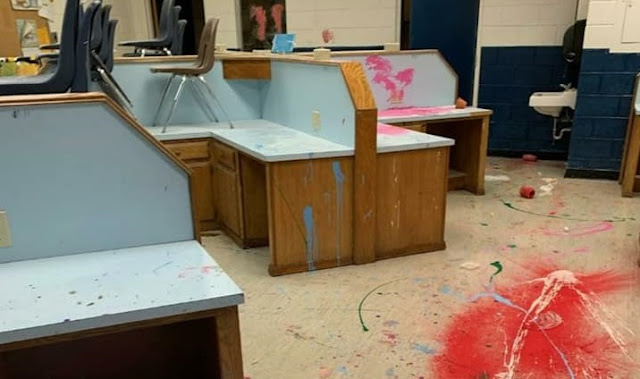 Three juveniles were taken into custody late Sunday afternoon and are accused of breaking into the Altus Intermediate School located at 1221 North Howse Street, causing an estimated $50,000 dollars (possibly more) in damages.

The juveniles, ages 6, 8 and 12, were later released to parents.

A glass door was broken on the North side of the school to gain entry.