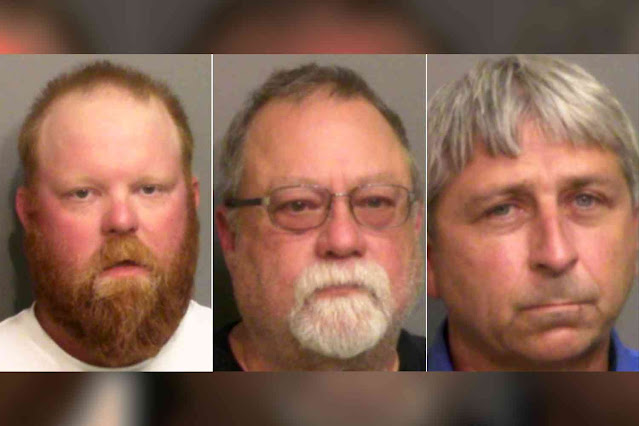 The case against the men who were involved in the killing of Ahmaud Arbery will move forward, a Georgia judge ruled Thursday.
On Feb. 23, Arbery was shot and killed while jogging in Brunswick, Ga., after being confronted by father and son duo Greg and Travis McMichael who followed him in a vehicle.
The McMichaels said that they believed Arbery to be a suspect in a recent string of break-ins in the area. Both have maintained that they shot Arbery out of self-defense.
The McMichaels were arrested on murder charges only after video of Arbery's death was leaked and went viral in May. William Bryan, the man who who filmed Arbery's death, was also arrested on murder charges.
Magistrate Court Judge Wallace Harrell concluded that there was enough evidence for the criminal cases against the three men to move forward, CBS News reported.
In the probable cause hearing Thursday, the lead Georgia Bureau of Investigation agent testified that Travis McMichael had stood over Arbery after mortally wounding him and spouted a racial slur.
Arbery, Special prosecutor Jesse Evans said during the hearing, was "chased, hunted down and ultimately executed."
Evans asserted that the evidence shows that Arbery was boxed in by two pickup trucks and shot multiple times as he tried to flee the confrontation.
Federal investigators have also opened a review of the case to determine if a federal hate crime was committed. Evidence that says Travis McMichael called Arbery a racial slur as he lay dying could become a crucial part of evidence for federal investigators.
"Investigators will be looking at evidence that suggests Ahmaud Arbery was killed because of his race, and a racial slur during or after the crime would be considered evidence of that," Kami Chavis, law professor and director of the criminal justice program at Wake Forest University told CBS News.
At the state level, hate crime charges aren't available, as Georgia is one of the only states in the country that doesn't have a hate crime law.
Protests calling for justice in Arbery's case as well as the cases of George Floyd and Breonna Taylor have permeated national discourse for the past several weeks.
National