Jackson and Winegarner attack ads: Try and discern the truth behind the message

The long time readers of High Plains Pundit know that I have never been a big fan of attack ads. I believe attack ads take away from the real issues, debate, and discussion during an election.
As the GOP Texas 13th Congressional District runoff election approaches, the Ronny Jackson and Josh Winegarner campaigns are off and running. The politics of hysteria is in full bloom.
Several readers have contacted us saying they have had enough of the attack ads from both Jackson and Winegarner.
Political ads sent through the mail, broadcast on the airwaves or streamed on the Internet all too frequently carry the same message — Be afraid! Be very afraid!
It's not that Candidate A has a sensible platform that deserves your support, but that Candidate B is a malevolent extremist with a hidden agenda.
It's not a partisan tactic. Democrats and Republicans alike draw water from this poisonous well. We can see this in action from the race between Jackson and Winegarner. 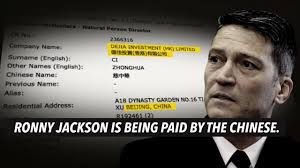 Part of the problem is that much political campaigning is now outsourced to professional spin masters and handlers who can scour an opposing candidate's records, find something negative and cast it in the harshest possible light. No quote from a speech, vote on a bill or offhand remark by the target candidate is too old, too irrelevant, too ambiguous or too far-fetched to be used as ammunition against him or her.
This outsourcing to pros certainly doesn't leave the candidates who hired these flacks with clean hands. All such scurrilous campaign advertising can be safely assumed to have full authorization by the politician who uses it. Even political action committees, or PACs, that ostensibly operate independently of the candidate, are team players, not mavericks, in their campaign messaging. 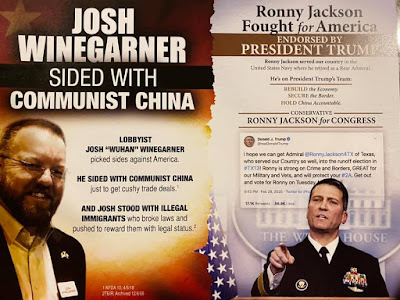 What's unspoken in attack ads is the implication that you voters are stupid and can be herded like sheep with the use of fear tactics. That's what you should be hearing when you encounter these kinds of political messages.
So, the next time you hear an ad or receive a mailer that "exposes" candidate A or B on some hot button issue, instead of reacting with fear or simply ignoring it, try and discern the truth behind the message. Consider what it is saying about you, the voter. Then, judge accordingly.
Opinion