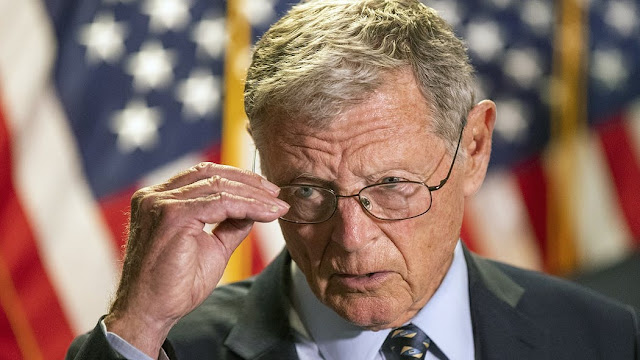 Sen. Jim Inhofe (R) won Oklahoma's Republican Senate primary on Tuesday, leaving him well placed to get reelected for a sixth term in November in the safe red state.
Inhofe, the chairman of the Senate Armed Services Committee, defeated three other Republicans, leading with 72 percent of the vote with 1 percent of precincts reporting, according to the Associated Press.
He will be the heavy favorite to win reelection in November after last winning by about 40 points.
The race is rated as "solid Republican" by The Cook Political Report.
Oklahoma postponed its primaries from April 7 to June 30 due to the coronavirus.
Local News National