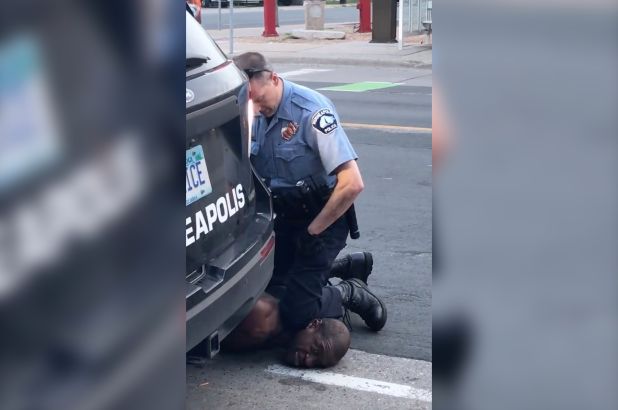 The power of images — of photos and video — is exerting itself over the country as it never has before. We find ourselves engulfed in a miasma of imagery competing for our attention — and the winner may well determine how the nation moves forward.

Images have always had the strength to ignite emotions and overwhelm our other senses. But that dominance has been increased many times over by rapid advances in technology. Every smart phone puts in the user’s hand a high-definition camera that photography buffs a generation ago could only dream of. That high definition is more than capable of exposing some very terrible truths.

The extreme anger in reaction to the death of George Floyd in Minneapolis grows straight out of this technology. His final moments were not simply captured on video, they were captured in crystal-clear imagery that left no doubt about what was happening. Cellphone cameras moved in so close that viewers could hear Floyd’s unmistakable pleas. They could clearly see the reactions of officers around him.

Evolution has trained humans to be hyper-sensitive toward visual cues; as we approach a stranger, our eyes register hundreds of subtle information bits without us even realizing it. That information allows us to snap-judge someone before the moment of contact: friend, foe, good, bad, trustworthy or not.

Viewers of the video from Minneapolis could see police officer Derek Chauvin’s nearly placid face, an expressionlessness that became horrifying as the camera revealed his knee pressed down almost effortlessly on Floyd’s neck. To be sure, we can’t know what was going on in his mind at the moment — but the eyes know visual cues. They know what they see, and they judge.

Compare this to other infamous brutality videos. The beating of Rodney King was captured on shaky nighttime video shot from far away by a rudimentary home video camera. The death of Eric Garner showed a human jumble, where individual actions may have been hard to pick out. Incidents like these allow some people — if they prefer — to not see what they are seeing. It gives some segments of society the ability to construct reasonable doubt about what happened and where fault lies.

Not so with George Floyd.

But now that unambiguous image competes with others, of riots and looting. As with brutality, these images also are very familiar: Newark, Detroit and Watts in the 1960s; New York in the 1970s; Los Angeles in the 1990s. As with Floyd, these new images are captured in explicit high definition that hides very little. We see the damning home-made close-up along with the news-chopper footage shot far overhead. Every viewer is a witness from every angle.

Yes, there are other images: peaceful demonstrations for justice, local mayors soberly calling for calm, police chiefs condemning the death in Minneapolis. There are even people — from political consultants to provocateurs, aware of the power of images — attempting to create, manipulate or influence the kinds of images we see.

But experience tells us one image will fly out from this tornado of photos and video and become the icon, the one way we will remember these days and nights. Based on that image, actions are taken — or not. In Los Angeles in the ‘90s, Rodney King’s brutal beating and his later plea of “Can we all get along?” prevailed over shocking scenes of riots and destruction. Changes were made, things got better. Not perfect, as disturbances in LA this week demonstrate, but better.

If the snapshot of this time is George Floyd on the ground, Derek Chauvin’s knee hard on his neck, society moves in one direction. But those other images entice with a competing narrative: looters loading stolen goods into waiting cars; rogue protesters setting fires; graffiti on national monuments in Washington. For too many nights now, that narrative has gained strength — and moves the country closer to an outcome where force can be seen as both a short-term tactic and a long-term solution.

Images are powerful. They will control this story, and where it takes us — not the other way around.