GOP tentatively decides on Jacksonville for site of national convention 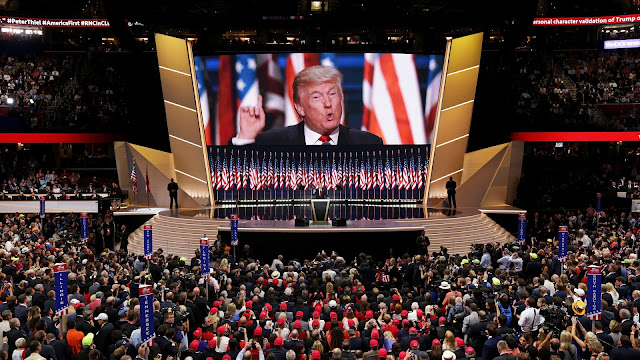 Originally, the event was supposed to be held Aug. 24-27 in Charlotte, but North Carolina Gov. Roy Cooper (D) in late May would not guarantee Republicans and President Trump that large-scale rallies would be allowed during the convention due to ongoing coronavirus concerns.

Since then, top RNC officials have been searching for a city that could accommodate both the large influx of guests as well as Trump's desire to have large crowds during the convention.

Multiple governors have thrown their hats into the ring, with both Georgia Gov. Brian Kemp (R) and Florida Gov. Ron DeSantis (R) offering to hold the event in their respective states.

Trump has talked to DeSantis about holding the event in Florida, and RNC officials were reportedly in Jacksonville on Monday touring various sites, according to the Post.

The business side of the convention and its smaller meetings would still be held in Charlotte, protecting the GOP from possible lawsuits that could arise from the party straying from its contractual agreement to hold the event in North Carolina.

However, location notwithstanding, the convention is still slated for Aug. 24-27.

Jacksonville is about a six-hour drive or a 90-minute flight from Charlotte, making it feasible for top GOP brass to have low-scale meetings in Charlotte and still be able to attend the convention's marquee events in Jacksonville.