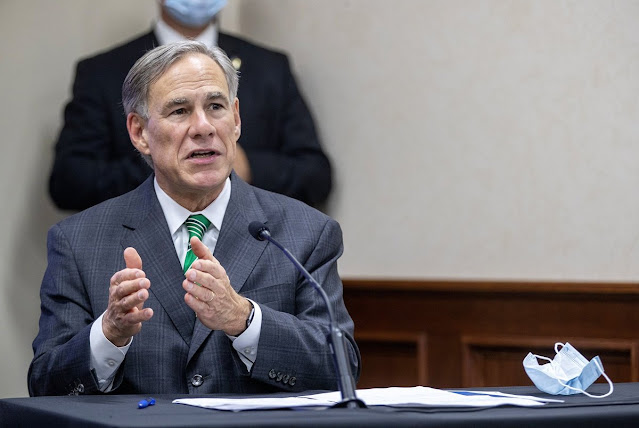 By Patrick Svitek
For Republicans who have spent years in the trenches battling Empower Texans, it was hard to imagine a bigger gift.
Two staffers for the hardline conservative group were caught on tape profanely disparaging the state's most popular Republican leader, Gov. Greg Abbott, as well as joking about his disability.
With the July runoffs less than a month away, the anti-Empower Texans forces are gearing up to make the group's allied candidates pay dearly — and sink its intraparty reputation for good.
Within hours of the tape's release Friday, candidates and incumbents in some of the most closely watched state House runoffs rushed to link their opponents to the comments, and underscoring the political gravity of the situation, they distanced themselves promptly after being singled out.
Calling the anti-Abbott comments "hateful and disturbing," Glenn Rogers, who is in the runoff to replace retiring state Rep. Mike Lang, R-Granbury, called on opponent Jon Francis to "publicly disavow Empower Texans and their endorsement and return any donations from the group and/or their employees." The group has endorsed Francis, the son-in-law of one of its top benefactors, Farris Wilks, who has also bankrolled Francis' campaign.
Hours later, Francis took to Facebook to call the anti-Abbott tirade "absolutely unacceptable" — and to try to turn the tables on Rogers.
"Unlike my opponent, I have no problem holding those around me accountable, even if it means calling out friends and supporters who do wrong," Francis wrote.
It remains to be seen how sustained such campaign combat will be, as well as whether the efforts will be backed by paid media in the fast-approaching runoffs. Also unclear is whether Empower Texans will take any further steps to atone for the incident beyond suspending the staffers, Cary Cheshire and Tony McDonald, "from all public activities with the organization immediately," a move that appeared to stop short of firing them.
And the Empower Texans pile-on that unfolded Friday was fueled by far more than just the anti-Abbott exchange. The fresh criticism reflected years of grievances accrued by fellow Republicans the group has battled, onetime allies who have soured on the group — even a former staffer who has since become a vocal critic.
But it is evident this is a new chapter for the organization's already deeply polarizing reputation in Texas politics, especially when it comes to the governor. Abbott has spent his governorship carefully seeking to cater to both ends of the GOP spectrum — though Empower Texans has not been afraid to criticize him, particularly on issues stemming from the pandemic — and he seems to have reached a tipping point with the latest episode.
In a statement for this story, Abbott's campaign made clear it has little interest going forward in working with candidates aligned with Empower Texans.
"This audio reveals everything you need to know about this organization’s character and values," Abbott spokesperson John Wittman said. "This is beneath what any candidate or elected official should be associated with."
Abbott is not on the ballot in November, but with the state House majority on the line, he has vowed to be greatly involved in the lower-chamber races and already intervened in a slate of primaries earlier this year.
In recent days, Abbott has started endorsing in runoffs. He began with Austin police officer Justin Berry, who faces Austin attorney and activist Jennifer Fleck for the nomination against Rep. Vikki Goodwin, D-Austin — a seat state Republicans are eager to flip back. Shortly after the anti-Abbott exchange came to light Friday, Berry highlighted a late May Facebook post from Fleck in which she expressed hope for Empower Texans' backing. "Does [Fleck] still want this endorsement?" he asked.
In another contentious runoff, Rep. Dan Flynn, R-Canton, moved quickly to note that his challenger, Bryan Slaton, has gotten most of his funding from two top Empower Texans donors, Tim Dunn and Wilks. Flynn called on Slaton to "speak out against this disgusting tirade loudly and clearly, disavow Empower Texans and return their dirty money." Slaton obliged the first demand in a Facebook post Friday evening, saying he condemns the staffers' remarks "100%."
"You won’t have a problem when it comes to me telling you something is wrong, even if it’s in regard to actions of people who have associated with me in the past," wrote Slaton, who has run against Flynn twice before, each time with Empower Texans' formal support.
To be clear, Empower Texans has endorsed in only six state House races this election cycle, and its political action committees have not disclosed donations in any contests yet, part of a significantly reduced footprint compared with previous cycles. Still, its intraparty rivals have had little problem finding connections upon which to seize.
Rep. J.D. Sheffield, R-Gatesville, was among the first longtime bêtes noires of Empower Texans to pounce Friday, firing off seven tweets saying the group has "for years tried to buy our rural House Seat by deceiving conservatives" and has now "shown their true colors." He noted that a top supporter of his challenger, Shelby Slawson, is state Sen. Pat Fallon of Prosper, calling him an "Empower Texans candidate and acolyte." The group endorsed Fallon's 2018 Senate campaign and his prior House bids.
While both Fallon and Slawson strongly objected to the insinuation that Empower Texans is involved in the race — it has not made an endorsement, while Abbott has backed Sheffield — Slawson made clear where she stood on the anti-Abbott tirade.
"I am disgusted by the vulgar, despicable comments made about our Governor by staffers at Empower Texans," she said on social media. "As someone whose brother-in-law was paralyzed in an accident two decades ago, I have witnessed first hand how hurtful these kinds of disparaging remarks are."
This article originally appeared at the Texas Tribune.
Texas