Democrat leaders seek to shut down calls to defund police 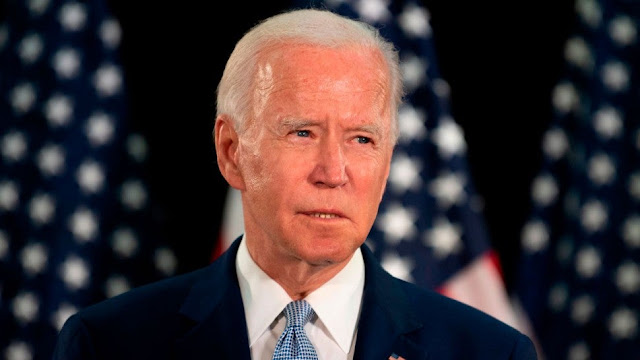 Presumptive Democratic presidential nominee Joe Biden and Democratic leaders on Capitol Hill are quickly shutting down calls to defund police departments as the party grapples with how to respond to demands for reforms in the wake of George Floyd's death.

The idea is splintering black activists and some prominent progressive lawmakers from Biden and top congressional Democrats while providing fodder for national Republicans, who are quickly mobilizing to use it as the latest example of Democrats moving to the left in the lead up to November.

A spokesman for Biden's campaign said Monday that the former vice president "hears and shares the deep grief and frustration" of those calling for reform, but that he "does not believe that police should be defunded.”

Later, Biden made his position clear in an interview with CBS.

"No, I don't support defunding the police. I support conditioning federal aid to police based on whether or not they meet certain basic standards of decency and honorableness," he said.

Democratic leaders on Capitol Hill were adopting a similar position.

“I can’t imagine that happening in a federal way,” Rep. Karen Bass (D-Calif.), the chairwoman of the Congressional Black Caucus, said when asked about efforts to defund the police.

Asked if the slogan of defunding the police was “politically problematic,” Bass said that she supported the “intent” behind it, including more investment in communities, but “I think it can be used as a distraction and that’s my concern.”

Bass and other Democrats on Monday offered a sweeping package of reforms they hope will build pressure on the GOP to endorse.

The package would establish a federal ban on chokeholds, eliminate the legal shield protecting police from lawsuits, mandate the use of body cameras nationwide, limit federal transfers of military-style weapons to local police and create a national registry of police misconduct complaints.

Speaker Nancy Pelosi (D-Calif.) in promoting the package during a press conference and in media interviews steered clear of endorsing the calls to defund police. She indicated such matters were best made locally.

“The funding of police is a local matter, as you know. From the standpoint of our legislation, we're not going to that place. What we're doing is talking about how we change policy to make our policing more just,” Pelosi said in an interview with MSNBC’s Craig Melvin.

The debate over whether to “defund the police” jumped into the national spotlight following the death of Floyd, who was killed in Minneapolis after a police officer pinned him to the ground with his knee on Floyd’s neck. The officer faces second-degree murder and second-degree manslaughter charges in Floyd’s death, and three other officers present received lesser charges.

Anger over Floyd’s death and similar incidents across the country have given serious momentum to major changes to the rules governing police. And in some cases, there does seem to be momentum for defunding. A majority of the members of Minneapolis’s City Council, for example, back defunding the city’s police.

The calls put Biden and other Democratic leaders in a tough place.

There is considerable support on the left for defunding police, but other Democrats worry the issue would turn off swing voters and cost Biden and Democratic Senate candidates votes in key states and races.

“If this becomes a debate about defunding the police, we will lose and there will be catastrophic consequences,” one Democratic strategist said. “It’s a political disaster. It’s such a surreal moment.”

"You can't defund the police. That's stupid. It's crazy, and anyone who talks about that is nuts," he said. "We just have to make sure our police have the proper education and the proper screening."

Biden’s campaign spoke relatively quickly in opposing calls to defund police, and his position was given cover by Democrats such as Pelosi.

The White House and Trump’s campaign already have seized on the issue to cast Biden as far to the left.

Both the House and Senate GOP campaign arms knocked Democrats on Monday, characterizing the “defund the police” debate as a new “purity test” for congressional candidates.

House Minority Leader Kevin McCarthy (R-Calif.) thanked police officers in a tweet on Monday as Democrats were unveiling their bill, adding, “Democrats want to defund you, but Republicans will never turn our backs on you.”

Progressive Democrats talking about the broad issue of defunding police aren’t saying that all police departments should be cut to nothing.

Rep. Ilhan Omar (D-Minn.) has argued that Minneapolis’s police should be disbanded, while Sen. Bernie Sanders (I-Vt.) has called for federal funds to be stripped from any police department that has violated the civil rights of the citizens they serve.

Rep. Alexandria Ocasio-Cortez (D-N.Y.), as part of a day of action over the weekend, called on elected officials to “ask yourself what are you willing to sacrifice to make sure that over-funded police departments are defunded?"

“We don’t need to answer every call with an armed officer,” Setzer said. “Some calls to the police would be better answered with a social worker or mental health counselor than a gun. And don’t fear the progressive wing: You need them as much as they need you.”

Biden, for his part, is embracing the legislation backed by Pelosi and other Democrats.

“Our nation is speaking out and calling for action, and Vice President Biden applauds Democrats on Capitol Hill for stepping up and proposing a meaningful reform package," Biden spokesman TJ Ducklo said in an email.

"The bill introduced today includes a number of provisions that VP Biden fully supports, including many that he has called for in the past week" he said. "These provisions include banning chokeholds, creating a model use of force standard, giving the Justice Department subpoena power for pattern or practice investigations, taking steps to ensure the independence of prosecutors in cases with police-involved deaths, and mandating state and local law enforcement agencies report force data disaggregated by race, sex, disability, religion, and age."