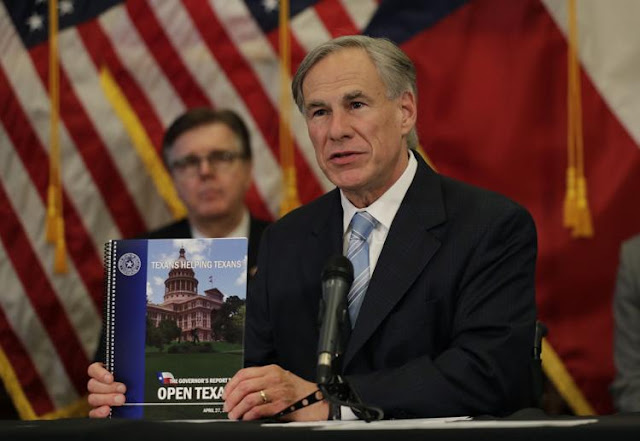 By Bethany Blankley
About 1,500 co-plaintiffs, including state Rep. Bill Zedler, R–Arlington, and former state Reps. Gary Elkins, Rick Green and Molly White, filed a federal lawsuit against Gov. Greg Abbott and two other state officials over the state’s $295 million contract tracing program.
The lawsuit was filed in the U.S. District Court for the Southern District of Texas by Houston-based attorney Jared Woodfill, CEO of Woodfill Law Firm, PC. It also names the Department of State Health Services (DSHS) and its executive director and commissioner, Phil Wilson and John William Hellerstedt, and the Texas Health and Human Services Commission.
The lawsuit claims the state’s new contact tracing program violates the provisions of the First, Fourth and Fourteenth Amendments.
The DSHS signed a $295 million, 27-month contract with a New York-based tech company, MTX Group headquartered in North Dallas, to undertake an extensive contact tracing program. It initially involves rapidly recruiting, training, mobilizing and managing more than 4,000 tracers.
The term “contact tracing” refers to a process where researchers attempt to identify everyone a confirmed carrier of the coronavirus may have come into contact with, then report on these people to public health authorities and “encourage” them to be tested and/or quarantined.
MTX Group recently went 123 percent over budget in a prior project when it was tasked with handling the licensing and regulatory processing for Kentucky's Department of Alcoholic Beverage Control, state Sen. Bob Hall, a major critic of the program, said. It was also chosen after a bidding process that lasted only two days, the plaintiffs say.
State Rep. Brooks Landgraf, R–Odessa, expressed concern that the contract was signed “without any collaboration with the public or the legislature.”
State Sens. Paul Bettencourt and Kel Seliger, and state Reps. Tony Tinderhol, Kyle Biedermann, and Brooks Landgraf also publicly expressed concerns over a surveillance program being implemented without the “consent of the governed,” with no vote by duly elected representatives, no debate, and no legislative oversight.
Instituting massive surveillance without issuing individual warrants infringes on the Fourth Amendment rights of all Texans and is not based on any compelling justification to track their daily movements, the plaintiffs argue.
Tracking and tracing the whereabouts and daily movements of political candidates and office-holders “without their consent, without a warrant, and without adequate justification,” the complaint adds, “would give some an unfair advantage in leaking such information to the media or using in political campaigns near elections.”
Contact tracing includes asking Texans about where they and others have been, and with whom, and monitors their movements through access to their smart phones.
The Texas Health Trace program website says it depends on people who have contracted COVID-19 to sign up for the program, yet confusion remains over how voluntary the program is. MTX Group claims it has already implemented a "learning management system" to train contact tracers about internal technology systems and federal health laws, according to a report by Newsweek.
But there is no means for Texans to opt out of the program who are reported on by others who participate in it, the complaint notes. Someone who voluntarily participate may release another person’s name, participants of a church group or exercise class, or names of people they may have been in the presence of at any given time, “without regard to the privacy rights of those who do not want to be surveilled,” the plaintiffs argue.
Such a model “implies a divergence from traditional practice in favor of digital and surveillance driven tactics,” the complaint states. “As reliance on digital technology replaces interview models, which also raise serious constitutional concerns, serious constitutional and privacy concerns are implicated, including, but not limited to violations of the First and Fourth Amendments to the United States Constitution.”
The parties sued have not released statements on the lawsuit.
Texas