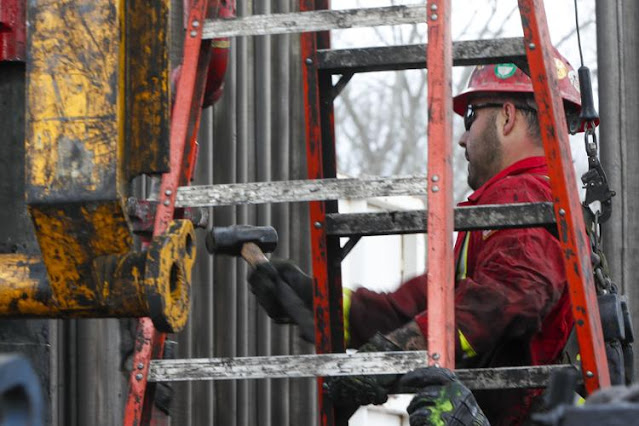 By Bethany Blankley
Several newly published reports suggest that the U.S. shale industry could collapse because of the coronavirus shutdowns and the Russian-Saudi Arabian oil war, which created a perfect storm of plummeting prices, job losses and economic losses hitting the once booming Texas industry hard.
Almost 36 North American explorers, frackers and pipeline operators have filed for bankruptcy since January, reporting an approximate $25.2 billion worth of cumulative debts, according to the law firm Haynes and Boone LLP.
Among them is Oklahoma City-based Chesapeake Energy Corp., which in 2007 Forbes listed as having the best-managed oil and gas company in the U.S.
“At its peak, Chesapeake pumped more American gas than anyone aside from Exxon and boasted a market valuation of almost $38 billion,” according to a report by Bloomberg News.
Chesapeake created “the template for the shale model that’s now unraveling for many companies,” Bloomberg reports.
Today, its indebtedness adds another 40 percent to the combined bankruptcy debts reported since January, Bloomberg estimates.
According to a new analysis published by the Australian think tank the Institute for Economics and Peace, the U.S. shale oil industry may collapse from the weight of historically low oil prices due to the coronavirus shutdowns.
The report factors in reduced commercial, travel and industrial activities from mid-March to now, leading to significantly lower oil consumption in an over-saturated market.
“These markets were already affected by an oversupply, emanating from Russia and Saudi Arabia who could not agree on production curbs,” the report states.
While not at rock bottom, natural-gas prices are trading 20 percent lower this year and haven’t hit bottom yet, according to S&P Global Platts Analytics.
Natural gas prices “face headwinds given a global supply glut and limited available storage capacity in Europe, Asia, and the U.S.,” Rich Redash at S&P Global Platts Analytics said, first reported on by MarketWatch News.
According to the U.S. Energy Information Administration (EIA), for the week ending June 5, natural gas in U.S. storage was 36 percent higher than during the same time period last year.
“While concerns swirl about lower natural-gas production as a result of lower activity from U.S. oil basins, stymied demand amid milder weather and lower economic activity have meant that natural gas storage has swelled,” Matt Smith, director of commodity research at ClipperData, told MarketWatch.
Five major shale oil regions in the U.S. produced about 12 percent of the nation’s natural gas output in 2018, according to the EIA, which projects a decline for June shale oil production.
“U.S. weakness is also a reflection of global weakness now that the U.S. is a key exporter,” Smith added. “As buyers cancel cargoes, U.S. [liquefied natural-gas] exports are dropping below year-ago levels to a 10-month low.”
An IHS Markit report projects that the Shale Crescent region of Ohio, West Virginia and Pennsylvania will continue to expand its liquefied natural gas (LNG) production.
According to a recent EIA Natural Gas Liquids Primer update, surging production of natural gas in the Appalachian Basin is expected to quadruple total eastern U.S. production from 2013 levels by 2050, and NGL production is expected to increase by more than 700 percent by 2023.
National