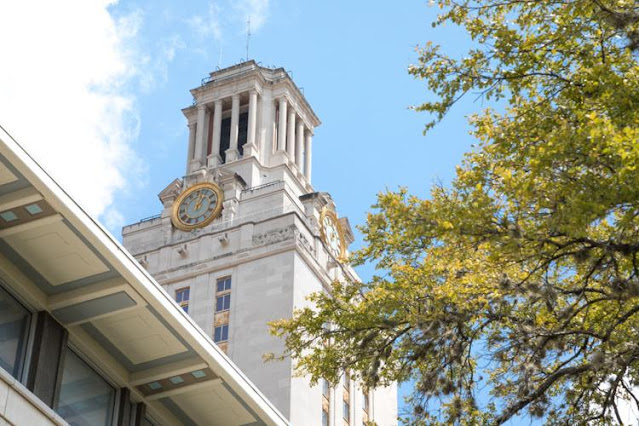 Colleges are starting to roll out reopening plans for the fall, with two of Texas’ flagship institutions announcing that students and staff will be required to wear face masks both inside and outside where social distancing isn’t feasible.
Jay Hartzell, interim president of the University of Texas at Austin, Texas A&M president Michael Young announced the face mask mandate last week. Texas Christian University is among other large schools to include face masks in new safety protocols.
UT Austin also is preparing to test asymptomatic individuals and is introducing screening systems for people going into campus buildings.
As for academic life, faculty will return, J.B. Bird, UT Austin’s Director of Media Relations & Issues Management, told The Center Square by email.
“The university plans to offer the majority of its classes (about 4/5ths) in-person, with the remaining courses online,” Bird said.
There are no plans for remote learning to become the norm.
“Virtual classes will only be about 20 percent of our course offerings, and the goal is for these to be outstanding courses tailored to an online environment, drawing on insights from some of the best online courses UT Austin has offered over the past decade,” Bird said.
Like most other sectors, higher education has been impacted by the COVID-19 economic downturn. Many schools have had to furlough faculty and staff, and concerns have been raised about loss of tuition from students taking gap years or not returning.
“UT Austin is the highest-ranked public university in Texas, but its average tuition of $10,582 is comparatively modest, lower than 12 other public universities in the state, according to the latest data from the Texas Higher Education Coordinating Board, and significantly lower than comparable private universities,” Bird said.
“Tuition will remain the same, but we anticipate that due to economic conditions, more students will qualify for financial aid to cover the full cost of tuition, which the university promises to students and families under its Texas Advance Commitment,” Bird said.
Keeping tuition as economical as possible is a key goal despite the difficulties brought on by COVID-19.
“We remain focused on academic excellence, our costs remain low and the Texas Advance Commitment to middle- and low-income students will continue as planned,” Bird said.
“Access to affordable, public universities is especially important during tough economic times, when the number of people relying on financial aid increases,” Bird added. “The University of Texas at Austin plans to be there for Texas students and families.”
Texas