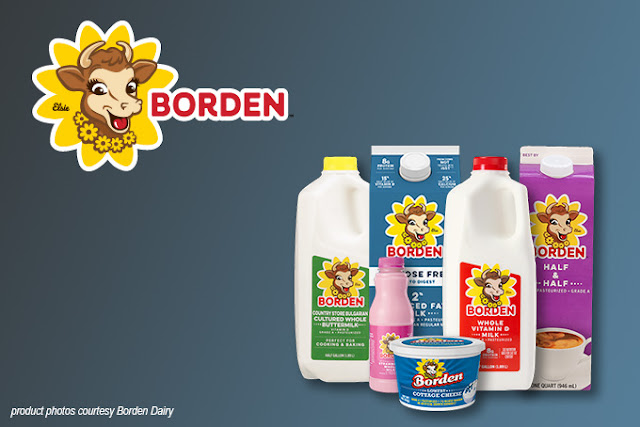 By Jennifer Dorsett
Dallas-based Borden Dairy, which filed for bankruptcy protection earlier this year, recently announced it has been approved for sale to two private equity firms by a U.S. Bankruptcy court.
In January, Borden entered Chapter 11 bankruptcy proceedings, citing “the rising costs of raw milk and market challenges facing the dairy industry.”
Capitol Peak Partners and KKR & Co. will soon take ownership of Borden’s 12 U.S. plants and nearly 100 distribution centers across the Midwest, South and Southeast. The company said all 3,300 employees will be able to keep their jobs under the deal.
“Borden received strong investor interest and multiple bids throughout this sale process, which is a testament to the terrific work the people of Borden have done to build a valuable and enduring 163-year old brand,” Borden CEO Tony Sarsam said. “Despite being in the midst of Chapter 11 and a global pandemic, our team managed to generate positive cash flow, grow our customer footprint and maintain an uninterrupted food supply to nourish American families. We are exiting Chapter 11 as a thriving company that is meeting and exceeding its performance forecasts, making our outlook very promising.”
Earlier this month, Sarsam said Borden saw a 25-percent drop in production during April and May due to the COVID-19 pandemic temporarily closing schools and restaurants, which together make up about one-third of the company’s business.
But despite the company’s ongoing financial woes, Borden was awarded a $147 million contract in May by the U.S. Department of Agriculture (USDA) through its Farmers to Families Food Box Program, part of the Coronavirus Food Assistance Program (CFAP).
Through the contract, Borden is expected to deliver 700 million servings of fresh milk—or about 10 percent of its annual production volume—to qualifying 501(c)3 organizations across the nation over a period of six or seven months.
Now, under the new $340 million purchase, Capitol Peak Partners will hold a majority ownership and KKR will be a minority investor.
Colorado-based Capitol Peak Partners was founded in 2017 by former Dean Foods CEO Gregg Engles, who also oversaw Horizon organic milk owner WhiteWave Foods. Dean Foods, which is also based in Dallas, filed for bankruptcy protection last November and was recently sold to Dairy Farmers of America (DFA).
“Borden has a rich history of partnering with America’s dairy farmers and leading retailers to provide wholesome nutrition for American consumers and families,” Engles said. “The Capitol Peak team is excited by this unique opportunity to work alongside KKR and build this iconic dairy company.”
Private equity giant KKR bought Borden in 1995 and made it private after 68 years as a publicly-traded company but later sold off divisions and brands to various buyers. In 2009, Grupo Lala purchased the dairy business and later established U.S. operations under the name Borden Dairy Company. Eight years later, ACON Investments became an investor.
After the sale is complete, ACON Investments and Grupo Lala will no longer have ownership interest in the business, and Sarsam will step down as CEO.
Farm and Ranch