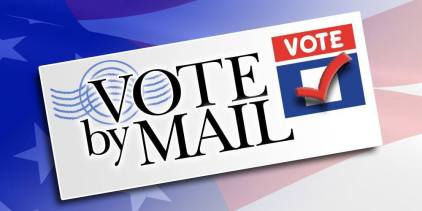 A federal appeals court ruled Thursday that Texans cannot request mail-in ballots out of fear of contracting the coronavirus in the upcoming 2020 elections.
The ruling by the 5th US Circuit Court of Appeals blocks an injunction from a federal judge last month that would have allowed Texas voters to request mail-in ballots based over fears of becoming infected with COVID-19 if they cast their ballot in person.
Judge Jerry Smith on Thursday wrote for a unanimous panel of three judges “The spread of the virus has not given ‘unelected federal judges’ a roving commission to rewrite state election codes.”
In the battle over mail-in voting across the state, Democratic lawmakers have argued that the process that allows for people with disabilities, people over 65 and other groups to vote by mail should apply to all people during the ongoing coronavirus pandemic, according to The Wall Street Journal. Meanwhile, Republicans in the state have raised concerns about voter fraud occurring via mail-in ballots.
Texas Attorney General Ken Paxton lauded the Thursday decision, saying "Allowing universal  mail-in ballots, which are particularly vulnerable to fraud, would only lead to greater election fraud and disenfranchise lawful voters. The unanimous Fifth Circuit ruling puts a stop to this blatant violation of Texas law.”
However, the National Conference of State Legislatures has found that absentee or ballots that are mailed to election officials "are as secure or more secure than traditional methods of voting,” CNN reported.
A judge also ruled in a case at the state level over mail-in ballots in Texas that the mail-in ballots were allowable, but it was ultimately overturned. The Texas Supreme Court ruled that fear of coronavirus is not a disability under state election law, The Wall Street Journal reported.
Texas Democratic Party Chair Gilberto Hinojosa said in a Thursday statement, “Voters who are rightfully worried about the safety of in-person voting should have the option to vote by mail. The Constitution prohibits divvying up our rights by our age, gender, or race.”
“Judges are obviously disagreeing with one another about this important issue. Ultimately, we’re going to need direction from the U.S. Supreme Court," Hinojosa said.
Texas