Analysis: For foster children in Texas, a state of despair 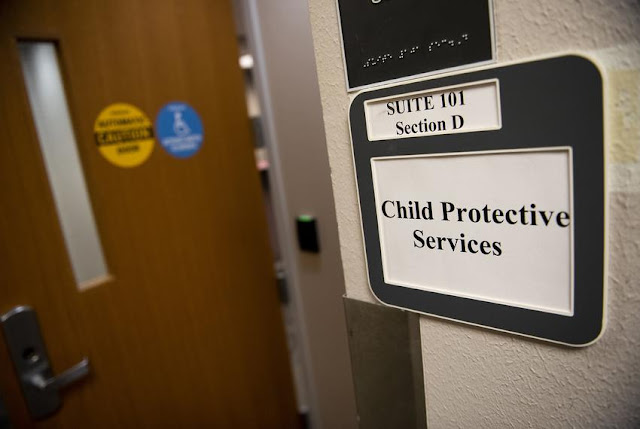 By Ross Ramsey
Imagine a child in peril, in need of rescue, who somehow manages to get the horrified attention of a pack of lawyers and then a federal judge. Suppose the child is one of many, and that the system putting them in danger is run by the state of Texas.
Suppose that nine years after this child’s endangerment took the form of a lawsuit, that danger still exists.
That’s a reasonable description of foster care in Texas in 2020. Not all of it, maybe, but far too much of it.
Court-appointed monitors handed a 363-page report this week to U.S. District Judge Janis Jack — long after her final order in a 2011 lawsuit seeking to clean up the state’s foster care system, The Texas Tribune’s Emma Platoff reported this week.
The report is gruesome and detailed, but it comes down to this: State-placed foster children in Texas are still exposed to danger and neglect years after a federal judge ordered the state to do its job — to protect the kids entrusted to its care and to properly monitor the people and organizations it has enlisted for that work.
In their executive summary, the monitors wrote that their “ten months of investigation, analysis, interviews and site visits lead to the conclusion that more than two years after the Court issued its Final Order, the Texas child welfare system continues to expose children in permanent managing conservatorship (‘PMC’) to an unreasonable risk of serious harm.”
They quoted the court's order in December 2015 — almost five years ago: “Texas’s foster care system is broken, and it has been that way for decades. It is broken for all stakeholders, including DFPS [Department of Family and Protective Services] employees who are tasked with impossible workloads. Most importantly, though, it is broken for Texas’s PMC children, who almost uniformly leave State custody more damaged than when they entered.”
Last September, the monitors wrote, the state said it was in compliance with the court’s orders “with few exceptions.” The monitors wrote that they “discovered otherwise: the results in some instances surfaced substantial threats to children’s safety.”
The conflict of interest is baked into the cake.
“The same unit in DFPS tasked to investigate child abuse, neglect or exploitation of PMC children in licensed placements is also empowered to unilaterally decide not to investigate and does so often and inappropriately ...” the monitors wrote.
“When investigations do occur, the Monitors found numerous examples where they languish for months or even years with no activity. The delays impede fact-finding and accountability for child safety, as memories fade, witnesses disappear and records go missing. As a result, the State then Rules Out allegations time and again, not because children have not been abused or neglected, but because of the State’s own negligence in its investigative responsibilities.”
The state wouldn’t let a private business or nonprofit operate this way; legislators aren’t stupid enough to give investigatory and disciplinary power to the same people who are ultimately responsible for the care of those children.
Or maybe they are, and this report is the proof.
“Texas’s overdue, incomplete and, at times, incompetent investigations of child abuse or neglect betray the State’s special relationship with, and responsibility to children, placing them at risk of future harm by perpetrators whose maltreatment of children goes unchecked,” the monitors wrote.
“The problem is systemic and enduring: hundreds of investigations into child abuse, neglect or exploitation are presently in backlog, overdue for completion as children’s safety hangs in the balance.”
That’s not in a dusty history book. It’s in a report completed last week — a description of a system run by state government right now. And for most of the last decade, the state has been operating its foster care system this way with full knowledge of what was wrong with it and what was happening to the children inside, and with its state-paid lawyers telling the federal courts and their monitors that everything was just swell.
The report is full of the stories of foster children the state has failed. Many were badly hurt, abused and/or neglected. Several died, including 11 between July 31, 2019, and April 30. The state’s investigations continually fall short — if they get started in the first place. On April 5, 2020, DFPS had a backlog of 500 cases that were at least 45 days old.
Here’s another way to think about it. A 6-year-old in foster care when this lawsuit was filed is now 17 or 18 years old. Consider that the lawsuit was filed because of the evil done before this went to court — when our 6-year-old was a newborn, and then a toddler.
That young Texan is entering adulthood now.
It’s entirely possible that this one was lucky, guided through hard circumstances by loving, capable, smart foster parents who, in spite of the broken system around them, fulfilled the promise the state has made to this child and to other children in the same situation.
It’s entirely possible. It ought to be guaranteed.
But in Texas in 2020, even though all of the people in power know or should know what’s going on by now, it’s too often a fairy tale.
This article originally appeared at the Texas Tribune.
Opinion