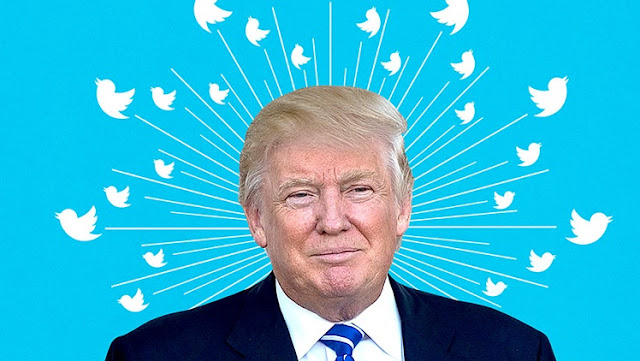 She did not offer any further details.

The announcement follows a multiday feud between the president and Twitter.

The social media giant applied for the first time an informational label to one of the president's tweets on Tuesday.

The warning, urging users to "get the facts about mail-in ballots," was attached to two posts in which Trump railed against mail-in voting in California, claiming without evidence that the practice is full of fraud.

"These Tweets contain potentially misleading information about voting processes and have been labeled to provide additional context around mail-in ballots," a spokesperson for the social media platform told The Hill.

Trump and his supporters quickly pounced on the fact check, accusing the company of bias against conservatives.

He later vowed to take “Big action” against Twitter.

“We always knew that Silicon Valley would pull out all the stops to obstruct and interfere with President Trump getting his message through to voters. Partnering with the biased fake news media ‘fact checkers’ is only a smoke screen Twitter is using to try to lend their obvious political tactics some false credibility,” Brad Parscale, Trump’s campaign manager, said in a statement.

It is unclear how an executive order would affect the ability of Twitter to apply labels on false or misleading content.

Social media platforms' legal rights as private companies to delete or otherwise regulate speech — or in this case, tweets — is well established.

The executive order could also be related to an effort against what the president and his allies allege is a suppression of conservative viewpoints in tech more broadly.

Last weekend, The Wall Street Journal reported that Trump was considering the creation of a panel to review anti-conservative bias on social media platforms.

“Left-wing bias in the tech world is a concern that definitely needs to be addressed from our vantage point, and at least exposed [so] that Americans have clear eyes about what we’re dealing with,” a White House official told the paper.

Trump's spat with Twitter is not the first time the president has accused platforms of anti-conservative bias.

The Trump administration reportedly drafted an executive order titled “Protecting Americans from Online Censorship” in 2019 that would let the Federal Communications Commission change how Section 230 of the Communications Decency Act is interpreted.

That law, which is considered foundational to the modern internet by most tech companies, gives platforms legal immunity for content posted by third-party users while also giving them legal cover to make good-faith efforts to moderate their platforms.

Allegations of anti-conservative bias in tech companies have not been substantiated.

Multiple lawsuits claiming suppression of conservative viewpoints on social media platforms have been rejected by courts, including one brought Wednesday by far-right activist Laura Loomer.