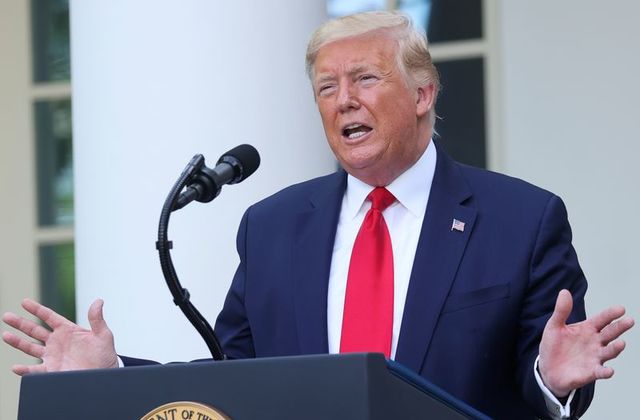 President Trump on Friday upended U.S. policy towards Hong Kong, saying he has directed his administration to review the full range of agreements with Hong Kong since the territory no longer appeared separate from Beijing.

“China has replaced its promised formula for ‘one country two systems’ with ‘one country, one system,’” the president said during a press conference at the White House.

“Therefore I am directing my administration to begin the process of eliminating policy exemptions that give Hong Kong different and special treatment.”

The U.S. and allied governments say those steps are in “direct conflict” with the negotiated treaty that transferred power of the city-territory from British to Chinese control in 1997.

Trump on Friday said he plans to revoke Hong Kong’s “preferential treatment as a separate customs and travel territory from the rest of China.”

Trump added that he is directing the State Department to issue a travel advisory “to reflect the increased danger of surveillance and punishment by the Chinese state security apparatus.”

Beijing is moving forward with imposing a national security law over Hong Kong that would criminalize acts of “sedition, secession and terrorism” viewed as undermining the central government in Beijing.

Pro-democracy protests have exploded in opposition to the proposed legislation, and it has drawn condemnation from the international community.