Trump predicts virus death toll could reach 100,000 in the US 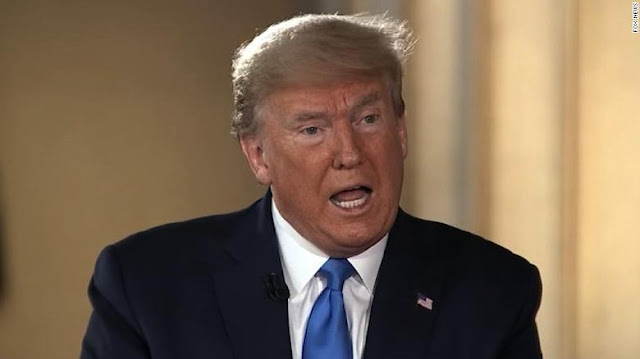 President Trump on Sunday predicted the United States will lose between 75,000 to 100,000 people to the coronavirus, a marked increase from just a few weeks ago when he estimated 60,000 could die.

The president offered the revised assessment during a Fox News virtual town hall, where he nonetheless emphasized the need to reopen businesses and get Americans back to work by lifting certain measures intended to slow the spread of the virus.

The president repeatedly framed the tens of thousands of deaths as a silver lining compared to the grim death tolls some models laid out if the U.S. opted not to impose any kind of social distancing or stay-at-home orders.

The White House put out guidelines that called for Americans to avoid restaurants and bars and limit gatherings to fewer than 10 people, but the administration allowed them to expire on April 30 as many states shift toward reopening businesses.

Fox News anchor Bret Baier noted that Trump's own prediction on the death toll had changed from an earlier estimate of 60,000, a number that was surpassed last week.

Deborah Birx, coordinator of the White House coronavirus response, said earlier Sunday that their projections have always estimated between 100,000 and 240,000 people could die even with mitigation measures in place.

Trump has offered shifting assessments of the ultimate death toll even as the count rises daily. As of Sunday night, there were more than 1.1 million confirmed coronavirus cases in the U.S. and more than 67,000 deaths, according to Johns Hopkins University data.

Trump on Friday said he was hopeful that the U.S. would "come in below that 100,000 lives lost, which is a horrible number nevertheless."

Still, the president has pushed for governors to begin lifting restrictions and allowing businesses to open in hopes of jump-starting the economy. He urged Michigan Gov. Gretchen Whitmer (D) on Friday to "make a deal" with protesters who oppose some of the state's restrictions, including some demonstrators who were armed.

Trump on Sunday conceded that some states will have to remain shuttered longer than others, but he expressed support for opening up parks and beaches as long as visitors maintain proper distancing.