Trump backs off plans to wind down coronavirus task force 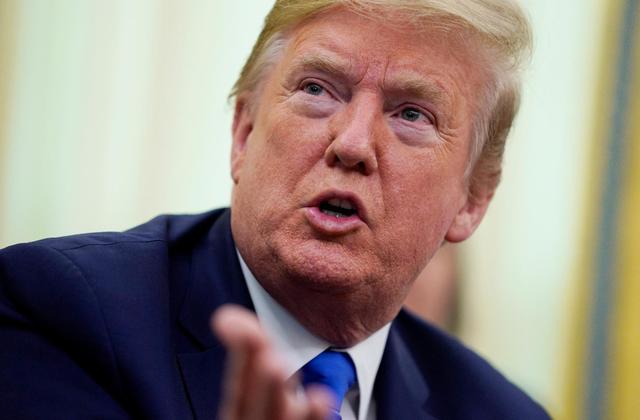 President Trump on Wednesday said he backed off plans to dissolve the White House coronavirus task force after public outcry, saying he didn't realize how "popular" the group of medical experts and government leaders was.

"I thought we could wind it down sooner," Trump told reporters during an Oval Office event recognizing National Nurses Day. "But I had no idea how popular the task force is until actually yesterday when I started talking about winding down. ... It is appreciated by the public."

Trump said he received calls from "very respected people" who urged him to keep the task force intact.

The president said he might add a few more members to the group, though he didn't mention any names, in a sign that the White House may still pivot the task force to focus on guiding the reopening of the economy.

The task force will eventually cease to exist, Trump said, but he signaled that it would not be until the pandemic has subsided.

“At a certain point we won’t need a task force, but we’re going to leave that," he said. "We’re going to add a couple of people to it and that will again be for the opening of our country."

Trump later told reporters during a meeting with Iowa Gov. Kim Reynolds (R) that Anthony Fauci and Deborah Birx, the top two public health officials on the task force, would continue their work with the group.

He also invited an Iowa state health official who joined Reynolds at the White House to be a part of the task force. It was unclear how serious the offer was or whether the official planned to take part in future task force meetings.

Vice President Pence, who is leading the task force, said he would announce the new members by Monday.

Trump earlier Wednesday signaled he was reconsidering whether to disband the task force, tweeting that it would continue "indefinitely" but that its membership and focus would likely change.

The president's comments in the Oval Office marked a reversal less than 24 hours after he and Pence confirmed that the White House was in the early stages of winding down the coronavirus task force and allowing various federal agencies to handle the pandemic response moving forward.

The task force has become less visible in recent weeks as Trump replaced its daily press briefings with photo ops focused on economic relief efforts and meetings with governors.

"I think that, as far as the task force, Mike Pence and the task force have done a great job," Trump said Tuesday in Arizona. "But we're now looking at a little bit of a different form, and that form is safety and opening. And we'll have a different group probably set up for that."

Pence told reporters Tuesday that he was eyeing Memorial Day as a potential timeline for when the task force would wind down.

But the decision was met with immediate backlash among lawmakers and public health experts who were exasperated by the timing. New coronavirus cases and deaths are still on the rise in the U.S., and experts expect them to surge in the coming weeks as states lift restrictions intended to curb the spread of the virus.

The task force consists of roughly two dozen members. It includes Birx and Fauci, as well as economic officials and Cabinet secretaries.

There are more than 1.2 million confirmed coronavirus cases in the U.S., according to Johns Hopkins University data, and more than 71,000 people in the country have died.

The president has become increasingly agitated about reopening the economy, however, saying Tuesday that the country had to open soon even though some citizens will be "affected badly."

Trump reiterated that belief Wednesday, telling reporters he felt it was "unsustainable" to keep asking Americans to remain in their homes.

"I don't think people will stand for it," he said.