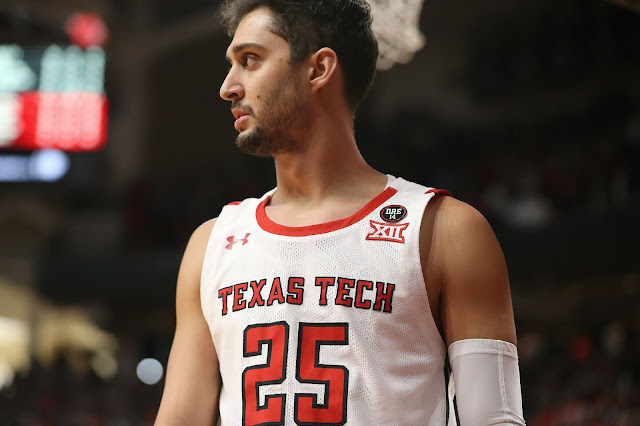 After a three-year stint as a Texas Tech basketball player, Davide Moretti is turning his focus to a professional career. On Saturday, according to Sportando reporter Nicola Lupo, Moretti has opted to sign with the Italian team, Olimpia Milano. According to Lupo, Moretti was offered the deal on the 17 of May, and officially accepted just short of a week later.

Moretti, a native of Italy, has been home since the cancellation of the basketball season as a result of the COVID-19 pandemic. His hometown, Bologna, is just over a two-hour drive from Milan, the location of his newfound organization.

The tenure of Moretti at Tech was a three-year pattern that involved growth from a role player to a leader both on and off the court. On the court, Moretti’s scoring averages increased every year from Freshman to Junior. In his most recent season, Moretti earned an All-Big 12 Honorable Mention after averaging 13 points per game and scoring in double figures 22 of his 31 total outings. His most important impact came from his perimeter shooting ability, where he made a team-high 67 three-pointers during his junior season. Off the court, Moretti earned honors such as CoSIDA Academic All-District and Academic All-Big 12 in his latter years at Tech.

Tech basketball has been home to a lot of success and growth in recent years with Moretti being a steadfast contributor, but now his focus will turn to one of the most successful professional basketball teams in Italy.