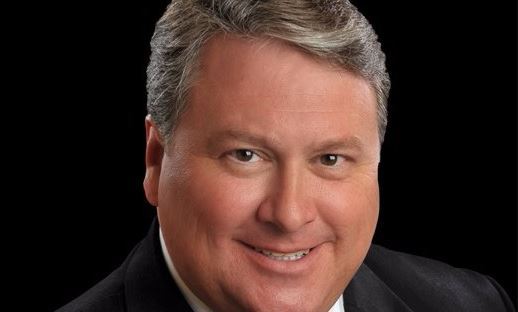 A Texas mayor is facing backlash after he said women shouldn’t lead prayer in public before city council meetings because the Bible forbids it.

Wylie, Texas, Mayor Eric Hogue’s remarks were made in a email to fellow city council members, which was then shared publicly on Facebook this week, The Dallas Morning News reported.

The city’s mayor pro tem, Jeff Forrester, reached out earlier this month and asked for Hogue’s thoughts on having members of the Christian missionary group Youth With A Mission attend the city council's next meeting.

"Sounds good. I would like that. All I ask is that those leading the public prayer be young men," Hogue responded.

Hogue is also a minister of Cottonwood Church of Christ, according to the outlet. He cites passes from 1 Corinthians and 1 Timothy — two books in the New Testament — that says women should remain silent in church. They can’t lead prayer while worshiping, the mayor interprets from Scripture.

In the email obtained by The Dallas Morning News, Hogue wrote, "Not everyone may agree with me, but I can’t go against my conscience."

The email was reportedly obtained through a records request and posted to Facebook, including to a page called Befuddled by the Clowns, a conservative blog dedicated to Wylie politics.

Some residents of Wylie, a Dallas suburb of 51,000 people, were upset by the mayor’s comments, and a few called for him to resign.

Mary Shaddox told NBC5 that she was “flabbergasted” to hear such comments from a public official in 2020.

“That's his right in his church and his home, but he cannot bring it into a government office,” Shaddox said.

Forrester told ABC’s local affiliate that he does not share the same beliefs.

However, Hogue doubled down on his comments during an interview with WFAA.

“I believe a lady can be president of the United States,” Hogue said. “I believe a lady can be CEO of a company, the superintendent of a school district. But I believe, and this is me, when it comes to [picking] somebody to lead the invocation at a city council meeting, because of those two sets of verses, I’m going to choose a male.”

Hogue said there has never been a female preacher at his church.

He said that his wife of 33 years would “not stick around if I was anti, you know, like that.”

"I mean, we are equal partners in everything," Hogue said.

Hogue is facing a protest on Tuesday from the group Women Organizing Women Democrats.

The group’s president, Debbie O’Reilly, told WFAA that the group is planning to protest outside the Wylie City Council chambers.

“This is about valuing all voices in a public forum,” she added. “This chamber is not Hogue’s church, and he needs to remember that, or he needs to go.”

Hogue, 56, has been Wylie’s mayor for 12 years and is not seeking reelection this year. He also works as a professional magician.