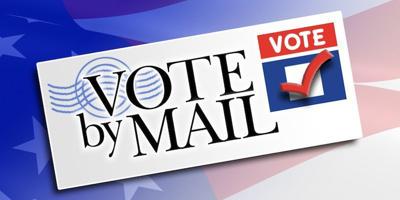 A Texas appeals court backed expanding mail-in voting to those fearful and susceptible of contracting coronavirus in a Thursday ruling.

The 14th Court of Appeals of Texas allowed the previous ruling from District Judge Tim Sulak to stand with a 2-1 vote split among party lines, The Texas Tribune reported. Sulak had decided last month that susceptibility to COVID-19 counted as a disability under state law, permitting people to ask for mail-in ballots.

The ruling contradicted Texas Attorney General Ken Paxton’s (R) argument that the state’s definition of disability would not include those concerned with contracting coronavirus. Paxton has made efforts to put Sulak’s ruling on hold while he appeals it.

The decision came a day after Paxton requested the Texas Supreme Court rule on the interpretation of the state’s election law and its disability definition.

The law states that voters can receive absentee ballots if a “sickness or physical condition” prevents them from appearing in person without the risk of “injuring the voter’s health,” according to the Tribune.

A spokesman for Paxton’s office, Alejandro Garcia said, “We look forward to the Texas Supreme Court resolving this issue.”

"Eligible voters can vote by mail during this pandemic," Dunn said in a statement. "It is time for a few state officers to stop trying to force people to expose themselves to COVID-19 in order to vote."

Debates have erupted across the country over whether mail-in voting should be expanded during the coronavirus pandemic. Several of the state’s primaries have been postponed the past few months, while others like Wisconsin’s have gone on.

Five states already conduct elections mostly by mail, and two-thirds of states do not require an explanation for retrieving an absentee ballot.