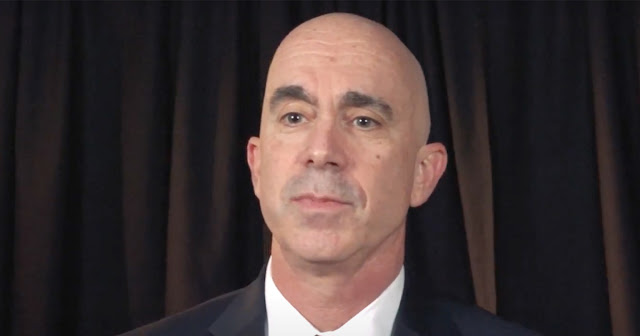 A State Department spokesperson confirmed that Ambassador Stephen Akard, a former career Foreign Service officer, will replace Linick, who was appointed to the role in 2013 by then-President Obama.

“On Sept. 11, 2019, Ambassador Akard was confirmed by the Senate, 90-2, to lead the Department’s Office of Foreign Missions and we look forward to him leading the Office of the Inspector General,” the spokesperson said.

Linick, whose ouster was first reported by Politico, played a small role in President Trump’s impeachment, providing documents to lawmakers that had been handed over to the State Department by Rudy Giuliani, the president's personal lawyer.

The executive branch is required by law to inform Congress 30 days ahead of time if it fires an inspector general.

Before joining the Trump administration, Akard served as chief of staff for the Indiana Economic Development Corporation under then-governor Mike Pence. He’s also served as special assistant in the Executive Secretariat, a political officer, and worked in the embassy in Brussels and consulate in Mumbai since joining the State Department.

It is unclear how the shakeup will impact work at the State Department, which has been known to face deep morale issues since Trump took office.

Rep. Eliot Engel (D-N.Y.), the chair of the House Foreign Affairs Committee, said he had recently learned that Linick had recently opened up an investigation into Secretary of State Mike Pompeo and suggested the firing was retaliation by the administration.

"This firing is the outrageous act of a President trying to protect one of his most loyal supporters, the Secretary of State, from accountability. I have learned that the Office of the Inspector General had opened an investigation into Secretary Pompeo. Mr. Linick’s firing amid such a probe strongly suggests that this is an unlawful act of retaliation," Engel said in a statement. "In the days ahead, I will be looking into this matter in greater detail, and I will press the State Department for answers."

Linick is the latest in a series of inspectors general to lose their roles in recent weeks.

Trump first raised eyebrows in early April over his firing of Intelligence Community Inspector General Michael Atkinson in what critics said was retaliation for Atkinson’s handling of a whistleblower complaint last year that spurred allegations of Trump’s improper contacts with Ukraine and ultimately led to his impeachment.

Acting Pentagon Inspector General Glenn Fine, who was charged with overseeing the $2 trillion coronavirus relief package and had been designated to lead the coronavirus relief oversight panel, was also abruptly removed and replaced the next week.

"The President’s late-night, weekend firing of the State Department Inspector General has accelerated his dangerous pattern of retaliation against the patriotic public servants charged with conducting oversight on behalf of the American people. Inspector General Linick was punished for honorably performing his duty to protect the Constitution and our national security, as required by the law and by his oath," Speaker Nancy Pelosi (D-Calif.) said in a statement.

Linick’s firing comes the same day as House Democrats passed a $3 trillion coronavirus relief bill that sought to impose further restrictions on Trump’s ability to dismiss inspector generals, requiring that he give Congress a reason for putting such officials on administrative leave and outlining acceptable reasons for removal. The legislation is unlikely to pass the GOP-controlled Senate, however.