Some thoughts on the Michael Flynn situation 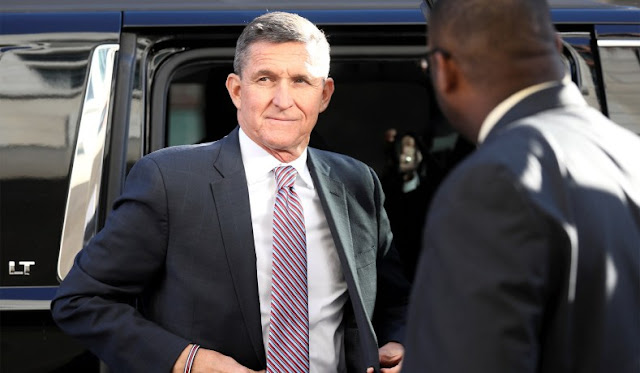 There is lots of Flynn chatter today. Three quick points:

1. I understand why the Justice Department relied on a legal argument — viz., lack of materiality — for moving to dismiss the case against Michael Flynn. It spares DOJ the need to get into the facts of the case which, to put it mildly, are unflattering to the FBI and prosecutors. Nevertheless, the best reason to dismiss the Flynn case is that the government would not be able to prove it beyond a reasonable doubt in court. The evidence is equivocal, the witnesses have profound credibility problems — and those witnesses actually thought Flynn was not lying to them.

The issue for the Justice Department is not whether Flynn made misstatements to Vice President Pence and other administration officials; it is whether prosecutors are in a position to carry their burden of proof that Flynn willfully lied to the interviewing agents. On the evidence as we understand it, I do not believe a jury would be confident even that they knew exactly what statements Flynn made, much less whether his statements were intentionally false rather than honest failures of recollection.

2. It is repeatedly claimed in the reporting that James Comey, then the FBI director, withheld information about the Flynn-Kislyak conversations from Sally Yates, then the acting attorney general, even though President Obama had clearly been briefed on it by the time of the White House meeting on the morning of January 5, 2017. That is not true. Mary McCord, then-chief of DOJ’s National Intelligence Division, has explained that Comey’s deputy, Andrew McCabe, informed her of the Flynn-Kislyak conversations on January 3. At that point, McCord should have briefed her superior, Yates, and she planned to do just that — on the afternoon of January 5. When people are very busy, this is the kind of screw-up that frequently happens. I’m betting McCord did not realize her boss was meeting with the president that morning; or, if she was aware, she did not realize Flynn was on the agenda. But the fact remains: The FBI did inform DOJ at a very high level.

3. There is also some ah-hah! talk today along the lines of “See, Obama knew all along — he was in on it!” This misses the point. As I’ve been trying to explain for years, the Trump-Russia investigation (including its threads, like the Flynn investigation) was a counterintelligence probe. The purpose of the FBI’s counterintelligence mission is to provide information to the president in support of his constitutional mission to protect the United States from foreign threats. There is nothing wrong with President Obama’s knowing about a counterintelligence investigation. In fact, if the FBI truly believed a candidate for the presidency was in an espionage conspiracy with the Kremlin, there would be something profoundly wrong if the president were not kept informed. It would be expected that the president would give his subordinates direction.

The issue has never been whether Obama knew — of course he knew. The issue is what exactly was it that he knew about. That is, was this a good faith investigation based on real evidence that Trump’s campaign was conspiring with the Kremlin, or was it partisan political spying and sabotage carried out under the guise of counterintelligence?

Remember, by the time President Obama, Vice President Biden, and National Security Adviser Susan Rice met with Comey and Yates on January 5, the Obama Justice Department and the FBI had already told the FISA court, under oath, that there was solid reason to suspect the Trump campaign was conspiring with the Putin regime. The first FISA warrant (obtained in October 2016) was about to expire, and the DOJ and FBI were preparing to go back to the FISA court and reaffirm those representations. Meanwhile, the Obama administration was unmasking the identities of Trump associates in intelligence reporting. It was running confidential informants at Trump campaign members.

If a president’s top subordinates were taking such serious actions in a counterintelligence investigation — one involving the president-elect of the United States and a powerful, hostile, foreign adversary — it would be a scandal if the president were not informed and involved.