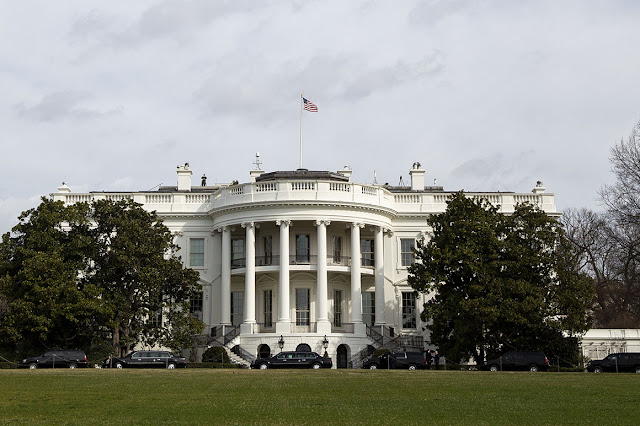 The coronavirus is hitting close to home at the White House, where two staffers with access to President Trump and Vice President Pence have tested positive in the last two days.

One of the president’s personal valets tested positive on Thursday after exhibiting symptoms of coronavirus on Wednesday. The president said he did not have regular “personal contact” with the military member, but he was reportedly agitated by news that someone close to him had tested positive.

Concerns about the virus’ presence in the White House grew on Friday when a Pence staffer tested positive. Trump later appeared to confirm the infected individual was Katie Miller, the vice president’s press secretary and the wife of senior White House adviser Stephen Miller.

Miller’s positive test prompted the vice president to delay his takeoff for a trip to Iowa. Six staffers who may have had contact with her deplaned, and all six later tested negative for the virus.

The positive tests reflect the dangers of the virus spreading inside the White House complex, and it further called into question what measures are being taken to try and limit the exposure of the top two elected officials in American government.

“It can happen anywhere. It’s a very elusive enemy. A vicious enemy,” Trump said of the virus during a meeting with GOP lawmakers. “And I think, more importantly than anything with this one, it’s probably the most contagious enemy that anybody has seen.”

The president’s own comments highlighted the unique threat the virus poses. The staffer in Pence's office who tested positive on Friday had tested negative on Thursday. Trump, who has faced criticism for being slow to rollout tests, argued that testing can be an imperfect safeguard given someone can contract the virus between tests.

Experts have repeatedly remarked on how highly transmissible the coronavirus is, a particularly dangerous fact given the close quarters of the West Wing. Trump and Pence were in meetings together with the governors of Iowa and Texas each of the last two days, and Pence has led task force meetings this week with the administration's top health officials.

But if Trump was nervous about the virus spreading within the White House, he did not make it known publicly.

“I’m not worried. But you know, look, I get things done. I don’t worry about things. I do what I have to do,” he said. “We’ve taken very strong precautions at the White House. But again, we're dealing with an invisible situation. Nobody knows.”

“All you can do is take precaution and do it the best you can.”

The White House is said to be implementing more stringent policies and procedures meant to protect the president and vice president. Trump and Pence and their closest aides will now be tested daily, rather than weekly, for the virus.

Visitors who meet with Trump or Pence are given rapid virus tests upon arriving at the White House, and events have been set up in recent weeks to accommodate a greater level of social distancing.

White House chief of staff Mark Meadows said they have taken some additional steps in the last 48 hours, though he would not specify what they were.

“I don’t want to get into all the procedures that we have embarked upon, but I can tell you this is probably the safest place that you can come to,” Meadows said.

Still, there are questions about how seriously the president and his allies are following through on the best practices his own administration has laid out for preventing the spread of the virus.

Masks have appeared to be a particular sticking point for a president who is known to be extremely image-conscious and is trying to convince the country that it’s safe to go back to work.

All 14 reporters seated in the briefing room for Friday’s press briefing wore masks, as did the White House stenographer. Press secretary Kayleigh McEnany and the three aides that joined her did not.

Trump, an admitted germaphobe, did not wear a mask to visit the World War II Memorial to mark the 75th anniversary of V-E Day. He said he did not consider wearing one to greet the veterans in attendance, noting that he kept several feet away when greeting them.

Zero of the roughly three dozen Republicans and administration officials seated in the State Dining Room for the meeting with Trump had a mask on. The officials were seated only a couple feet apart from one another. Lawmakers could be spotted touching their faces and picking up microphones to move them closer throughout the nearly two hours reporters were allowed to observe.

Attendees justified the layout and lack of masks by noting they had been tested and that federal guidelines say masks are meant to prevent infected individuals from spreading the virus.

“Nobody in here has the coronavirus unless it’s somebody in the media,” Rep. Louie Gohmert (R-Texas) said. “So the only reason we would wear masks is if we were trying to protect ourselves from you in the media, and we’re not scared of you.”

Meadows, apparently unaware the president's event with Republican lawmakers was being broadcast live, said “off the record” that reporters in the building could get tested for peace of mind, and many did on Friday afternoon.

Trump has spent the last couple weeks urging the country to march on toward an economic recovery, saying citizens should view themselves as “warriors” as more than 1.2 million in the U.S. have been infected. Several states have seen their total case numbers increase week-over-week even as they begin lifting restrictions meant to slow the spread of the virus.

The president’s closest brush with the virus to date did not appear to diminish his unbridled optimism that the country would soon be able to move past the pandemic, even as it cut against the outlook from public health officials.

“Eventually it’s going to go away,” Trump, who spent weeks downplaying the severity of the virus, said while meeting with congressional Republicans. “The question is will we need a vaccine. At some point it will probably go away by itself.”