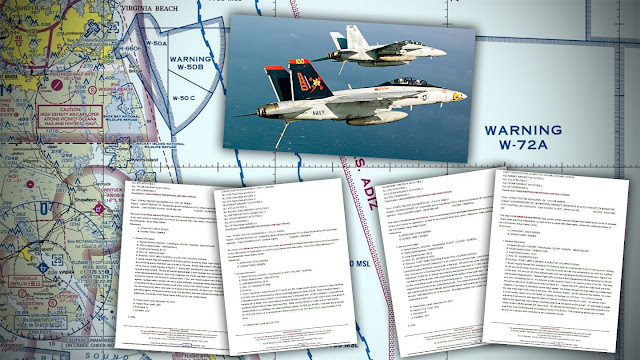 Reports released by the U.S. Navy under a Freedom of Information Act (FOIA) request reveal a number of sightings by Navy pilots of unidentified flying objects (UFOs).

The reports, first obtained by The Drive and published Tuesday, detail six reports Navy pilots made in the 2010s involving encounters with unidentified flying aircraft. Several reports detail aircraft that looked like unmanned aerial drones or missiles, while others involved encounters with smaller objects.

In at least one case, Navy pilots and others in the area were unable to get radar tracks on the unidentified aircraft. In other cases, unidentified aerial systems (UAS) were identified as drones, though the devices' operators were not located.

"The aircraft had an approximately 5 foot wingspan and was colored white with no other distinguishable features," reads one report, filed in 2013 by a Navy pilot who followed such an aircraft for about an hour near Naval Air Station in Virginia.

Two other reports released by the Navy indicate discoveries of"balloon like" objects, including one incident in April of 2014 that almost resulted in a mid-air collision with an F/A-18F Super Hornet.

"The operation of UAVs and other aerial devices must be properly coordinated and communicated to keep aircrew informed and safe," read a report filed after the encounter.

The release of the reports Tuesday comes just a month after the Department of Defense released three unclassified videos of encounters with UFOs that had previously been leaked to the public.