Memorial Day: A day full of sadness and happiness 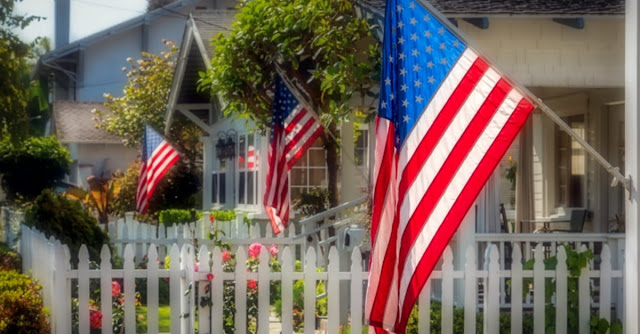 Memorial Day weekend produces mixed emotions. The holiday is a time for somber reflection and remembrance of the tens of thousands who have served in our military over the centuries and have given their lives in their nation’s wars.

The holiday has its roots after the Civil War – our most deadly war — in May of 1868. According to the Veterans Administration, the head of an organization of Union veterans — the Grand Army of the Republic — established Decoration Day as a time for the nation to decorate the graves of the war dead with flowers.

By the end of the 19th century, Memorial Day ceremonies were being held on May 30 throughout the nation. After World War I, the observance was expanded to honor those who have died in all American wars. In 1971, Memorial Day was declared, by an act of Congress, a national holiday on the last Monday in May.

From the beginning, small American flags were placed on veterans’ graves — a tradition followed at many of the nation’s cemeteries today.

Texas Panhandle communities, like others across the country, have for many decades marked the day with parades, rifle salutes at cemeteries, speeches at memorials, the reading of poems, the laying of wreaths. We will see many of those this weekend, attended by veterans and relatives of the fallen — those who appreciate the day in ways the rest of us can’t truly understand.

Yet, despite the sadness and somberness, Memorial Day in the 21st century also caps a long weekend that has come to mark the opening of the summer season of vacations and recreation.

Before and after the solemn processions, many of us will fire up our grills for barbecues, marking the arrival of verdant foliage and T-shirt weather. While it may not be quite warm enough for swimming, many families use Memorial Day weekend to open and equip their backyard pools, or take their camper trailers to RV camps and jamborees.

And while this approach to the holiday observance might seem disrespectful of those who have fought and died in our wars, it isn’t really. What, after all, did those fallen soldiers, sailors and aviators hope to defend and preserve with their sacrifice but the way of life — the “pursuit of happiness” written into our Declaration of Independence — that so many of us get to enjoy on this long holiday weekend?

And so we should do two things this weekend. First, remember and honor our war dead in solemn ceremonies such as those taking place across the Texas Panhandle and country.

And then we should get out and appreciate and enjoy our barbecues and picnics — our America is still a wonderful place that our fallen defended for us and for those who follow.