Meat production expected to decline in 2020 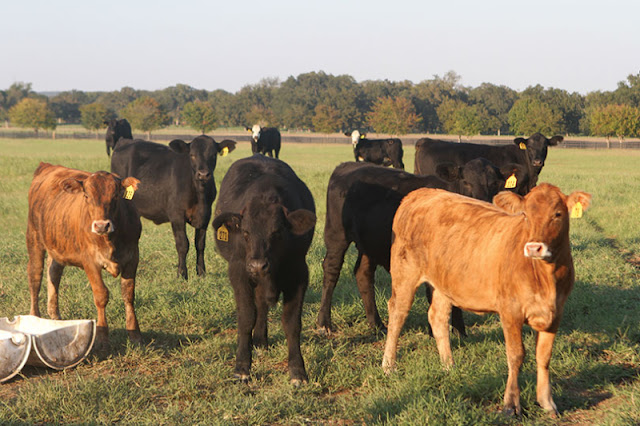 Disruptions in U.S. meat production—beef, pork, broiler and turkey—in April are attributed to the shutdowns in meat packing facilities across the nation, where clusters of COVID-19 infections forced companies to slow down or temporarily suspend operations.

Although U.S. beef production was strong at the beginning of the year—hitting top levels, including the largest number of cattle slaughtered for the quarter since 2002 and the heaviest dressed weights since 2016—last month’s federally inspected beef production volume fell 21 percent from April 2019.

The report noted slaughter levels are expected to be restricted for the rest of the year due to COVID-19 challenges at packing facilities. Slaughter capacity is expected to recover in 2021, with USDA predicting beef commercial production to reach 27.5 billion pounds next year—a new record.

Beef imports were revised lower as supplies from Australia and other areas of Oceania tightened, and USDA said tighter domestic supplies combined with global economic uncertainty will shrink exports throughout the rest of 2020, as well.

Exports should rebound in 2021 to almost 9 percent higher than 2020. Overall, cattle imports and exports in 2020 are expected to be lower than the previous year but are expected to recover slightly in 2021.

According to USDA, the virus will likely constrain processing plants to varying degrees through 2021, lowering expected pork production totals.

Lower U.S. pork production, increases in pork prices and declines in global economic growth will hamper the pork export market’s growth for the rest of 2020, but the industry should still see an overall 13 percent increase from 2019, according to USDA.

The spread of COVID-19 in poultry processing plants caused year-over-year reductions in broiler and turkey production, as well.

April 2020 broiler production was down 2 percent below production in April 2019, and turkey production fell 8.3 percent from the same time last year.

Slower processing volumes and hatchery data led USDA to decrease 2020 broiler production data. The agency also lowered broiler price forecasts, noting prices were expected to remain soft for the rest of the year and throughout 2021.

Egg production is looking up, however. The 2020 egg price forecast was increased based on higher prices in April and expected sustained retail demand.

Turkey production is also revised down to 5.8 billion pounds for 2020 because of decreases in processing capacity and poults placed. Production in 2021 is expected to increase 1 percent over 2020, with prices remaining relatively flat for that year.

Exports of turkeys are down 9 percent from 2019 but should bounce back slightly in 2021.

First quarter production of lamb in 2020 was higher than forecast, but reported lamb prices have declined significantly since the end of April. As a result, lamb price forecasts have been lowered for the last three quarters of 2020.

The agency said spring or Easter is when lamb is generally consumed at home, but a large percentage of lamb is also consumed away from home throughout the year, such as at restaurants.

Traditionally, lamb prices drop after Easter, but USDA attributes this year’s larger-than-expected post-Easter decline to the loss of away-from-home sales of lamb.

USDA expects lamb production to remain stable, if somewhat flat, throughout 2020 and 2021.

USDA reports COVID-19 has been “very challenging” for the dairy industry, and the extent of the issue remains unclear.

In April, low domestic demand for dairy was due in large part to the shift from consumption at foodservice establishments to at-home consumption. USDA said Americans typically consume higher proportions of dairy products when dining out than at home.