Many theaters may not survive at all 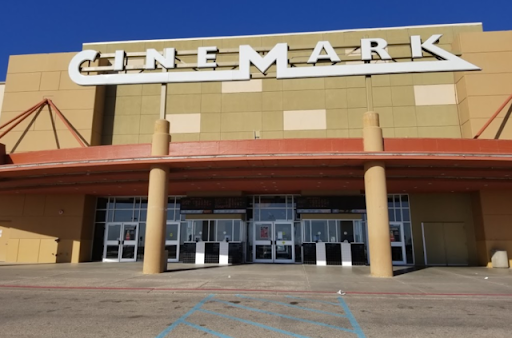 Rarely has a trailer’s most common tagline — “coming to theaters” — represented such a mix of defiance and hope. A new trailer for Christopher Nolan’s new film Tenet debuted this morning, what looks like a mind-trippy action thriller of time-traveling spies. (Former CIA director George Tenet does not appear to be one of them.)

Right now, Tenet is the one major summer blockbusters that has not been pushed back to autumn or made plans to go to a streaming service. Right now, Disney’s live-action Mulan is scheduled for July 24, and the Wonder Woman sequel moved back from June to August. The new Tenet trailer declares it is “coming to theaters,” but doesn’t mention the current July 17 release date. As many have observed, movie theaters as an industry certainly won’t survive this pandemic intact, and many theaters may not survive at all.  Sitting for two hours in a ventilated, air-conditioned room with lots of other strangers who are eating popcorn is probably one of the riskier actions you can take during a pandemic of a contagious virus.

At its best, going to the movies is a magical experience — two hours where your attention and mind are taken to another world and you feel like you’re witnessing, or maybe even living, part of someone else’s life, sharing their thrills, chills, sorrows and laughs. When it goes right, each little step adds to the enjoyment — the anticipation, your favorite candy or snacks, the trailers, the lights going down and the music swelling. Sure, watching films at home can be enjoyable, but plenty of movies are enjoyed as a group experience — the same with live performances, concerts, and sporting events. We like hearing a crowd react the same way we are, with laughter, cheers, screams, or sniffles. Someone argued a few years ago that the big blockbusters — the Harry Potters, Marvel superheroes, and Star Wars movies — are one of the few really widespread shared experiences in our increasingly diverse country.

At its worst, your feet stick to the floor, the other patrons won’t be quiet, the concessions are ludicrously overpriced, and you wonder how anyone involved in making the movie you’re watching could have ever thought this movie was a good idea. Still, even the grumpiest among us would rather have that option than see it disappear or grow rare, a casualty of the widespread shift to streaming services and fear of assembling in crowds. If the virus is defeated within a year, theaters would probably eventually come back in some form or another. But we will miss them while they’re gone.