Little Richard’s place in Rock history should not be slighted 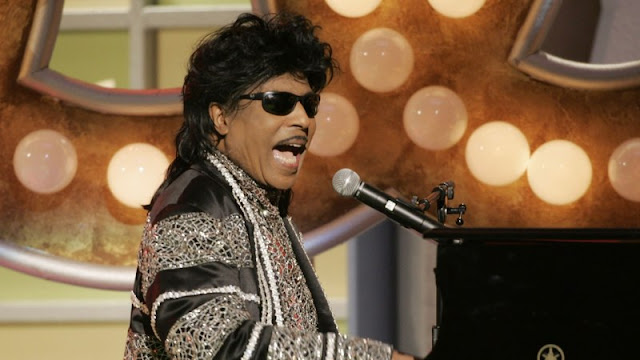 If you were looking to build a Mount Rushmore of the founders of rock n’ roll, it would have to be Chuck Berry, Elvis Presley, Little Richard, and Jerry Lee Lewis. A second tier would include Les Paul, Fats Domino, Carl Perkins, and Bill Haley, to say nothing of the bluesmen who made rock thinkable.

As much as Chuck Berry deserves credit as the foundational rock guitar god and Elvis as the man who did more than anyone to popularize the music, Little Richard’s place next to them should not be slighted. Nobody in the 1950s rocked harder than Little Richard, or did more to establish the flair and abandon that defined rock on stage. His death from cancer this morning at age 87 leaves Lewis as the last remaining survivor of the early rock immortals.

There were a lot of layers to Richard Wayne Penniman and his stage persona, Little Richard: ferocious, ambiguous sexuality; evangelical Christianity; flamboyant stage theatrics; drugs. He played the piano and the saxophone, and in an age when Elvis crooned and Berry was smooth, Little Richard didn’t just sing, he howled. It would be a decade before anybody else in rock really caught up to the sound of his voice.

For all the technicolor of his later appearances, the best way to appreciate Little Richard is the early, sweaty, shirt-and-tie black-and-white footage of him just burning the house down in his early/mid 60s live appearances (for a bonus, spot how many Peanuts Christmas dances you can locate among the crowds in these video clips).