Judge rules all Texans can apply to vote by mail 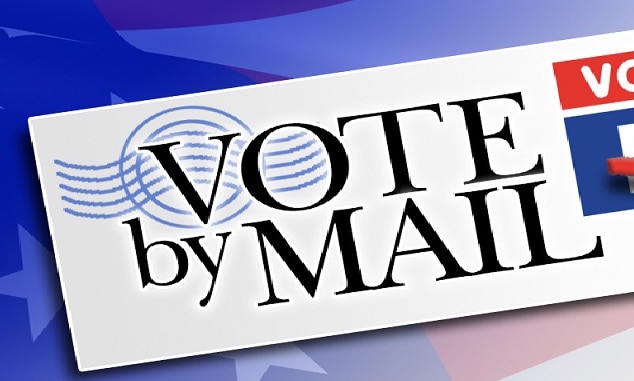 A federal judge on Tuesday ruled that all Texans can apply to vote by mail during the coronavirus pandemic, after the state's Supreme Court, in separate litigation, blocked the expansion of absentee voting last week.

U.S. District Judge Fred Biery sided with the Texas Democratic Party, saying that to follow existing state absentee voting rules, in which you have to be 65 or older or have a stated disability, would put unconstitutional and illegal burdens on Texas voters.

"Americans now seek Life without fear of pandemic, Liberty to choose their leaders in an environment free of disease and the pursuit of Happiness without undue restrictions," Biery wrote in his order. “There are now some among us who would, if they could, nullify those aspirational ideas to return to the not so halcyon and not so thrilling days of yesteryear of the Divine Right of Kings.”

The Democrats' argument was that the vote-by-mail age requirement violates the 26th Amendment, which states that voters of legal age can't be discriminated against by any other form of age restriction.

The state argued that Biery should wait until the entirety of the case had been heard and ruled on in state district court. To this point, last week, the 14th Court of Appeals of Texas upheld a previous ruling by a Texas state judge that deemed mail-in voting acceptable during the pandemic.

Texas Attorney General Ken Paxton (R) then wrote to the Texas Supreme Court, requesting that it rule on the interpretation of the state’s election law and its disability definition. On Friday, the Lone Star State's highest court sided with Paxton, granting a stay on the initial ruling until the case could be fully appealed. The court has set oral arguments in the case for Wednesday.

Rick Hasen, a law professor at the University of California, Irvine, said that Biery's ruling is likely to be reversed.

"Ordinarily a federal court should abstain from deciding a constitutional issue if the issue might be resolved by statutory interpretation, and there is good reason to defer to the state supreme court’s own interpretation of the statute," Hasen said in a blog post. "This looks like the federal court jumping the gun."

"The right to vote is central to our democracy," Hinojosa said. "This ruling means eligible voters can vote by mail during this pandemic. It is time for a few state officers to stop trying to force people to expose themselves to COVID-19 in order to vote."