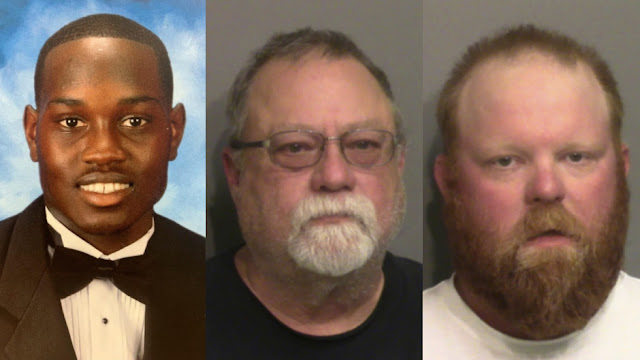 The father and son accused of fatally shooting 25-year-old black jogger Ahmaud Arbery earlier this year were reportedly denied bond by a judge on Friday, just one day after their arrest.

According to multiple local reports, a Glynn County, Ga., Superior Court judge denied bond to Gregory and Travis McMichael during their first court appearance on Friday. The two were arrested on murder and aggravated assault charges late Thursday, more than two months after Arbery was fatally shot while out on a run. He was unarmed.

Arbery was killed Feb. 23 just outside the port city of Brunswick, Ga., after the two men allegedly chased him in a pickup claiming that they thought he was burglar responsible for a series of break-ins in the area. Authorities said Travis McMichael shot Arbery during the exchange.

Arbery's family says he was killed senselessly, without reason. Friday would have been his 26th birthday.

The lack of an arrest had prompted nationwide outrage and viral social media attention, with many — including lawmakers such as former Vice President Joe Biden and Rep. Alexandria Ocasio-Cortez (D-N.Y.) — comparing the crime to a modern lynching.

Footage shared by an attorney representing Arbery’s family, Lee Merritt, sparked further outrage as it appears to show Arbery struggling with one of the men outside the truck shortly before his death. In clips of the video shared widely online, Ahmaud Arbery is seen running down a road away from two vehicles and then struggling with a man over a shotgun before being fatally shot.

District Attorney Thomas Durden has said he will present the case of Arbery’s shooting death to a grand jury for review. Durden, who is based in Hinesville, reportedly took on the case after two local prosecutors recused themselves from the case due to possible conflicts of interests. Gregory McMichael previously worked as an investigator for a prosecutor in Brunswick.

On Friday supporters of Arbery celebrated his birthday and life with a run in his honor, which sent the hashtag #IRunWithMaud to the top of Twitter's trending terms as people across the nation showed their support for his family and called for a conviction.