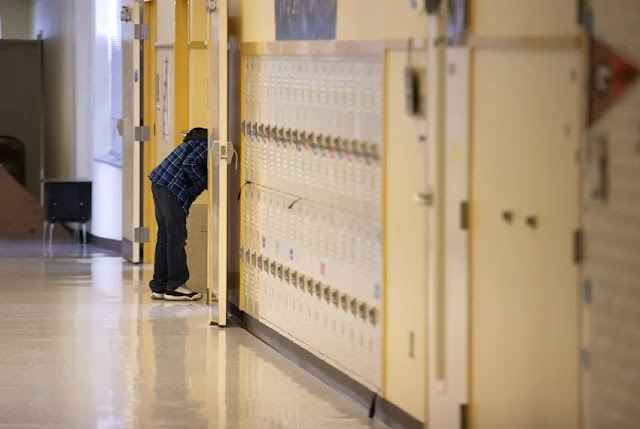 Texas will distribute the vast majority of a $1.29 billion federal stimulus package to school districts this summer, using it to deliver on a promise that schools will remain fully funded this school year despite statewide closures due to the coronavirus pandemic, Texas Education Commissioner Mike Morath told school officials on a call Thursday.

State officials told school districts in March there would be no financial penalties for attendance declines as COVID-19 fears spread and school districts were required to close their buildings. Now, Texas has decided to use its share of the federal stimulus package to fund that promise, distributing 90% directly to districts based on their student poverty rates, aiming to forestall layoffs and budget cuts.

Texas school districts can see how much they can expect to receive on the Texas Education Agency's website. Houston Independent School District, the state's most populous, will receive the highest award of $81.7 million.

On top of that stimulus package, Gov. Greg Abbott and state lawmakers agreed to reimburse all school districts for up to 75% of their pandemic-related expenses to date, using money from a federal grant awarded to Abbott's office. School districts statewide have spent about $392 million on COVID-19 expenses.

School districts in Texas are funded based on student attendance, meaning the statewide school closures could have been a major financial hit. "With school closed to in-person attendance for nearly a third of the school year, generating the remainder of that entitlement would be impossible without us stepping in and making some changes," Morath said Thursday.

States are allowed to use the federal stimulus funding to offset budget holes. "Federal guidance explicitly authorizes it as a way for states to sustain their school finance system, as long as net state funding remains above prior years," Morath said.

Texas school districts will be able to apply for their portion of the stimulus money in June, according to the TEA, and will have considerable flexibility spending the money on costs such as providing mental health support and buying technology for students. They can use it to cover expenses dating to March 13.

Morath warned school officials to be cautious about how they spend the money. "The economic damage from COVID-19 is substantial ... and we just don't know what will happen in future years," he said. "I just think it's wise that we don't take actions now that make future actions more painful."

Texas is requiring districts to use some of the money to offer services like tutoring and counseling to all private nonprofit schools within their boundaries, in line with recent controversial guidance from U.S. Education Secretary Betsy DeVos.

School districts receiving federal money for their poorest students have always had to use a portion to provide services for low-income students attending private schools in their boundaries. DeVos' new guidance expands that requirement to all students attending private schools in their area, regardless of income. The TEA will send out more guidance on how this policy will work.

Schools incurred a number of unexpected expenses as fears of COVID-19 shut down school buildings and forced them to hurriedly draw up plans to teach students from afar. They bought Wi-Fi hot spots and Chromebooks to hand out and offered free meals to families, sometimes beyond what the federal government had agreed to reimburse.

Texas' leaders mandate this week that all agencies cut 5% of their budgets explicitly excluded public schools. But the pandemic has decimated the state's sales tax and oil revenues, concerning school officials who want to know what they should expect long term.

With students likely to continue staying home next year, school district officials are wondering how the state plans to calculate their funding. Morath told school superintendents on Thursday's call that he is still "working on that issue" and would get back to them.

Mandi Cai contributed to this report.