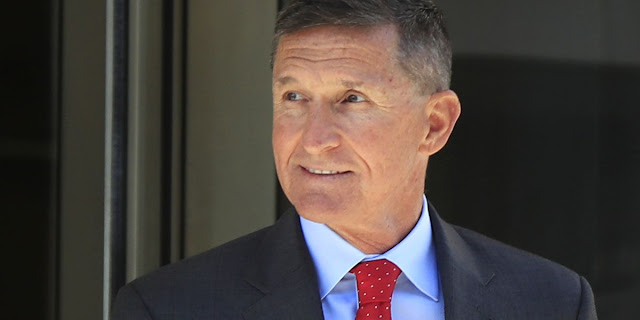 FBI Director Christopher Wray on Friday ordered an internal review into the investigation of former national security adviser Michael Flynn amid rising GOP pressure on the FBI chief to examine the circumstances of the case.

The bureau announced in a statement that the after-action review will have two objectives: Evaluate whether there was any misconduct or errors made by bureau officials during the course of their investigation, and to determine whether there are ways to improve FBI policies and procedures.

The FBI said its Inspection Division will lead the review, which will “complement” the work of U.S. Attorney Jeff Jensen, who is reviewing the prosecution of Flynn and guiding the decision of the Justice Department (DOJ) on how to proceed in the case.

"The after-action review will complement the already substantial assistance the FBI has been providing to U.S. Attorney Jeff Jensen in connection with his work on the Flynn case," the statement says.

“However, Mr. Jensen’s work will continue to take priority, and the Director has further ordered the Inspection Division to coordinate closely with Mr. Jensen and ensure that the review does not interfere with or impede his efforts,” it adds.

Wray's move comes as he has increasingly become the target of frustrations among the White House and its allies, who want to press forward with investigations into what President Trump has dubbed “Obamagate.”

Trump’s allies on Capitol Hill have escalated their calls for action, questioning “where is Christopher Wray” and with House Republicans calling on him to testify about the FBI’s handling of the Flynn case.

Flynn was fired by Trump in 2017 for misleading Vice President Pence about his conversations with then-Russian Ambassador to the U.S. Sergey Kislyak less than a month into the new administration. He pleaded guilty in December 2017 to lying to federal agents about the conversations he had with the Russian diplomat related to the Obama administration’s sanctions on Moscow, but he has since sought to withdraw that plea.

The battle, however, took a sharp turn late last month when the DOJ released FBI field notes in which one bureau agent asked in a handwritten note whether it was their goal to get Flynn “to lie, so we can prosecute him or get him fired.”

The documents reignited Republicans’ interest in the case, with some claiming Flynn was the victim of prosecutorial misconduct and accusing the Obama administration for seeking to hurt Trump’s incoming administration, including top officials like former Vice President Joe Biden and former FBI Director James Comey.

Attorney General William Barr then made the controversial decision to drop the case against Flynn, a move that received praise from the president and his allies and blowback from critics who argued the bureau’s case against Flynn was by the book.

The renewed spotlight on the Flynn case has thrust Wray into the crosshairs, where he must both appease a president who demands loyalty and protect the institution he leads.

As one Republican source put it, they wanted Wray to "throw us a bone" like Barr and acting Director of National Intelligence (DNI) Richard Grenell have by looking into the matter.

Over the past few weeks, his silence on the matter has further agitated them.

The after-action review may provide Wray with a happy medium course to proceed. While the FBI cannot charge any individuals with a crime from its review, it could lead to disciplinary measures. The FBI's statement notes that it does not have the ability to take disciplinary action against former employees.