Dow closes above 25k for first time since March 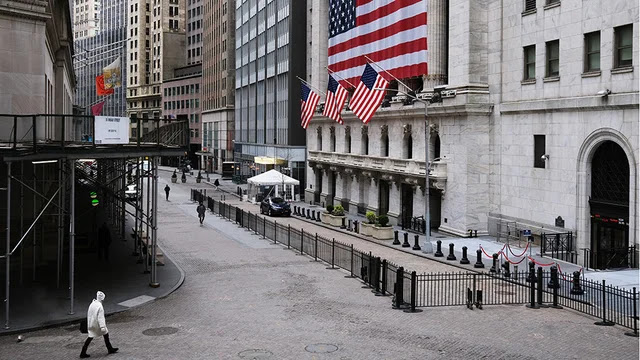 The Dow Jones Industrial Average closed Wednesday above 25,000 points for the first time since March as stocks rallied for the second straight day.

Stocks have risen steadily since the market bottomed out in mid-March despite the persistence of staggering job losses, rising unemployment, and growing pessimism in the pace of the economic recovery from the coronavirus crisis.

The Federal Reserve’s May “Beige Book” — a monthly compilation of business activity reports from each of the system’s 12 districts — released Wednesday detailed a deep, nationwide plunge in consumer spending, manufacturing activity, travel and construction due to disruptions driven by the pandemic, sending shockwaves through the energy, real estate, auto, aerospace and agricultural industries.

The May jobs report, scheduled to be released next Friday, is likely to show unemployment rising near 20 percent for the month after spiking to 14.7 percent in April, the worst level since the Great Depression.

Congressional leaders are expected to move toward another round of economic rescue spending when the Senate returns to Washington, D.C., next week, though Republicans remain divided over the scope and size of another stimulus package.