Churches step up fight against states to reopen 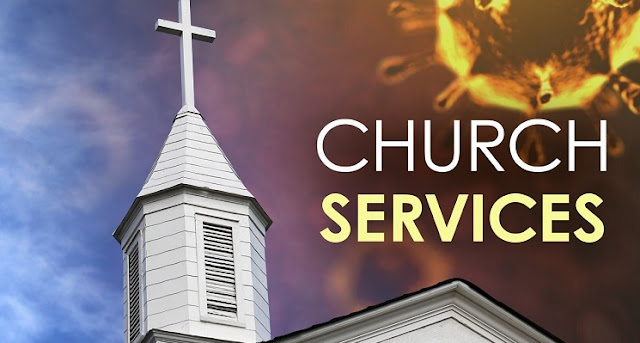 Tensions between religious leaders and governors over coronavirus restrictions surged to a new level this week when President Trump unexpectedly demanded immediate action from state leaders.

Many states have started allowing various businesses to open their doors to customers, but they’re requiring churches and other places of worship to keep theirs closed.

That’s led to mounting frustrations within religious communities, and within the White House.

“The governors need to do the right thing and allow these very important essential places of faith to open right now, this weekend,” Trump said during Friday brief remarks at the White House.

"Some governors have deemed liquor stores and abortion clinics as essential but have left out churches and other houses of worship. It's not right," he added.

The question of when to allow churches to reopen has turned political, as the president looks to mobilize his Christian conservative base ahead of the November election.

Public health experts argue that the issue of reopening places of worship should not be political, given the body of evidence that shows confined spaces are COVID-19 hotspots.

“What we know from the United States and globally are religious gatherings are one of the highest-risk venues imaginable, and there are a number of examples of super spreaders amplifying the COVID epidemic,” said Lawrence Gostin, a health law expert at Georgetown University.

Proponents of in-person religious gatherings counter that forcing them to shut their doors, even amid a pandemic, is a First Amendment violation.

“These blanket orders, in many ways, they’re Orwellian.... They’re unconstitutional and they’ve got to come to an end,” said Rick Green, an attorney and founder of the website ConstitutionCoach.com.

The Trump administration appears to share part of that view.

The Department of Justice (DOJ) told Calif. Gov. Gavin Newsom (D) this past week that his reopening plan amounted to “unequal treatment of faith communities” because it allowed restaurants, schools, malls and other businesses to open sooner than religious institutions.

But a federal appeals court on Friday declined to remove the temporary state ban on in-person services, saying Newsom did not single out or target religious groups with his order.

Still, 1,200 pastors in California have signed a petition vowing to hold services on May 31 in defiance of Newsom’s orders.

Massachusetts Gov. Charlie Baker (R) told a local news outlet the DOJ’s warnings played a large part in his decision to allow houses of worship to reopen at 40 percent capacity in phase one of the state’s plan.

“The Department of Justice has made very clear to a number of states that peoples’ ability to access church and practice their faith is a constitutional question that they are pushing people at the state level pretty hard on,” he said.

Pastors in several states and cities have held services in violation of the restrictions, bristling at government orders that in normal times would directly contravene the U.S. Constitution.

In Kentucky, HIS Church Pastor Brian Gibson made the decision to reopen the church after the state’s Health Department barred it from having a drive-thru Easter egg handout event for children.

“My people are standing in our church parking lot, they’re looking across the road, and fast food places are passing out french fries within view of my church,” Gibson told High Plains Pundit. “The message became clear to me that the governor of Kentucky was saying that the church was not wise enough to give a kid an egg or candy.”

A federal judge ruled in favor of the church's reopening on May 11. Gov. Andy Beshear’s (D) temporary ban on in-person church services was scheduled to expire that same day.

The CDC released reopening guidance for houses of worship on Friday. The guidance, which recommends face coverings for congregants and limited gatherings, states it is “non-binding public health guidance for consideration only” and not intended to “regulate or prescribe” standards for faith communities.

“We know how important spirituality is to people and we know how important that is to get people through a very difficult time like this. So we want houses of worship to open, but also open carefully so that people can restore that part of their lives as a part of healing and recovery,” said Dr. Howard Koh, former assistant secretary for Health and Human Services during the Obama administration.

Gibson said that since his church reopened on May 17, staff and attendees have followed new guidelines such as increased sanitation, social distancing the wearing of masks worn by ushers and volunteers.

The church, with locations in Owensboro, Ky., and Amarillo, Texas, has encouraged attendees over the age of 65 to watch from home. Additionally, each location has capped its capacity based on local health guidelines, Gibson said.

But that doesn’t mean everyone is attending services in person. Roughly one-third have shown up in person, with the rest participating online. The Amarillo location, Gibson said, was receiving an average of 2,000 attendees on Sundays before the pandemic.

Gibson has become one of the loudest voices calling for churches to reopen, urging other church leaders to join him in signing an online petition dubbed “Peaceably Gather.” Additionally, Gibson is set to preach at a reopened church in Chicago on Sunday in an effort to draw attention to the movement.

“My question is when did one hour on Sunday mornings become the most deadly hour in America,” he said.

However, not all church leaders are ready to embrace a return to in-person services.

“Our primary focus will be on when and how to do so, not only safely for ourselves, but recognizing that we are a part of a larger fabric of society,” said Mariann Edgar Budde, the bishop of the Episcopal Diocese in Washington, D.C.

Budde said the diocese will follow the public health guidelines for D.C., Maryland and Virginia.

She added that some churches, particularly larger ones, might decide to hold virtual services after the reopening process starts, until staff deem it safe to have more people in attendance.

“Each context is different,” Budde said, noting that reduced capacity in a church the size of Washington National Cathedral much different “than it is for a neighborhood parish that seats comfortably 200 on a regular Sunday morning.”